Who are the "matadors"? Were they the matadors that got into the bullring, played around with a flag and then finally killed the bull to the chanting of the public with "Ole!"? Were they killers who kidnapped you, took away your money and then killed you? None of the above. Twenty five years ago we had great "matadors" in San Pedro. They were the men who killed hogs and occasionally a bull and processed them for their meat. There were two qualities a matador had to have. First he had to be able to kill the hog in one stroke of the knife so the animal would not suffer, and then he had to be able to make a good chicharon (fried crispy pork skin).

Whenever a family had a hog to kill for a special occasion like birthdays, Christmas or weddings, they had three persons to choose from- the three great matadors. I bet that in their lifetime, they killed as many hogs as I have offered wedding toasts, which is close to 300.

One great "matador" was Mr. Adolfo Alamilla, known in the village as Palao, brother of Alfredo and Don Tabito Alamilla. Another one was Don Juan Verde, known to his many friends as John Green or the English version of his name. His son, Francisco Verde, is still around, and he too learned a bit of that trade. And finally there was Mr. Miguel Alamilla or Miguel Pana as he was nick named and who was a younger brother of Palao. All three matadors have passed away and are sadly missed today.

The "matador" first sought permission of the police officer, who also acted as the health officer and inspected and certified that the hog was healthy and in a clean pen. Before sunrise, he lit a large fire in the yard and boiled one half drum of water, which was used to soften the bristles of the hog before it was shaved. The greatest moment arrived when the hog was dragged out of its pen and laid on the ground by 2 or 3 men. The "matador" then found the spot under the arm and inserted the slender 12-inch knife searching for the animal's heart. If it was a good strike, the animal would stop squealing in a matter of 20 to 30 seconds, and when the hog's body was opened, he would proudly look for the heart to boast that he had pierced it right through the center.

The job of the "matador" entailed killing the poor animal, shaving it clean and white, skinning it, processing the meat, and then making the ever- popular chicharon with the fat and the skin of the hog. The experienced "matadors" made delicious crispy chicharones and also obtained 2 or 3 five gallon buckets of oil or shortening, which moms used for everyday cooking. The liver was prepared into a special dish (higadilla) and the blood and entrails were used to make a blood pudding called "morcia".

The three "matadors" were popular for their ability to kill the pig in one shot, for their great chicharones, and also for not charging for their services. They kindly accepted a good cut of meat, some chicharones, and several pounds of lard, and a good smile with a thank you. They were happy when the customer was happy and of course they expected to be called upon for the next butchering. Oh yes, it was an honor to be San Pedro's matador. A few other folks did learn the trade or rather the art, but that is not a practice anymore. All our meats, pork and beef are frozen and come from the mainland. In fact, it is illegal to grow hogs in town anymore. So all that remains to be said is "Hail to the Great Matadores of the past. 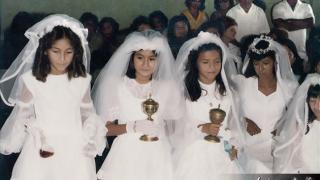 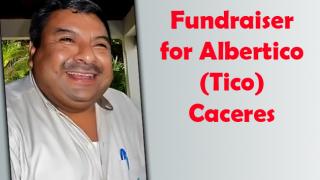 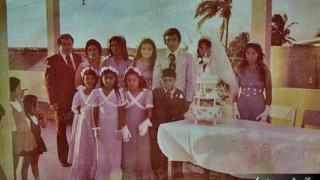