Some of my recent topics on the suffering of "bascas" and the way to cure warts might have sound crazy, but a lot of people have remarked how true and effective they are. In fact a lot of friends have even confirmed to me names of dead persons that were helpful in getting rid of their warts. These past articles have led many people to give me other ideas of other crazy things that existed or occurred twenty five years ago.

Another way to cure warts, probably in the Orange Walk District, was to take a scorpion and fry it with some stuff like garlic and apply it to the infected areas. There was a child who had the warts all over his lips and did not want to tie them with horse's hair or apply some strong chemical. It was the scorpion that cured him.

Here is another crazy one. When an injury like a nail puncture (Creole call it nail juck) gave you a lot of pain and nothing took it off, you fied a cockroach with some lard or pig fat, and apply the paste to the wound. It removed the pain as good as any modern painkiller. This was used effectively twenty five years ago when there was no Tylenol, or Advil or injections that killed pain.

Here is one that can serve like a pregnancy test unknowing to the person. If you are painting a wall and a pregnant woman with strong blood would come along and stop for a while, the paint would literally start to run or drip. One day a certain man was painting his white wall and this girl came by. The paint started to run but the girl was not apparently pregnant. A few months later, it was revealed that indeed she was pregnant before marriage and was the same one that caused the paint to run. Along this same line it was believed that if this type of person was hand beating eggs or a cake mixture, the batter would never rise no matter how much you tried or used different baking soda. It was the pregnancy or strong blood that prevented this.

Another strange or crazy thing was the manner to stop a severe bleeding. Before we learned about applying direct pressure or the elevation of the limb or better yet the use of a tourniquet, we would pour some kerosene, yes kerosene, to the wound and this would stop the bleeding.

And do you see these circular spots on the back of the head, the ones we call "remolino" in Spanish? Well if a person had two of these "remolinos", you could beat a cake batter forever and it would never rise or become nice and fluffy.

You can also recall that when the wife is pregnant, the husband would suffer "bascas" or have the vomiting sickness just like the woman. Well, I am told by friends that another symptom is that the pregnancy can also tend to make the husband sleepy once in the house. He would not be able to do any work because he would be falling asleep. The minute he would leave the house, the sleepiness would vanish. What a thing, eh?

Well so it was twenty five years ago. Some of these things do not have an explanation. I still have to bring you the strange phenomenon like "mal de aire" and "mal de viento" or "mal de ojo". These are things that make you frown, but are true indeed. I mean why would a dog howl prior to someone's death? How can a screech owl or barn owl's hooting announce that someone in the village will die? Strange phenomena of twenty five years ago. 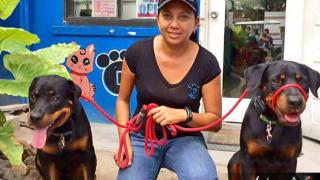 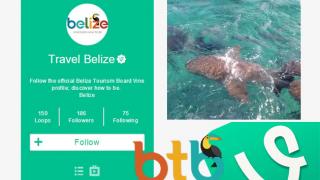 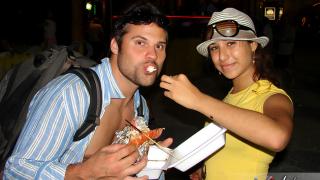