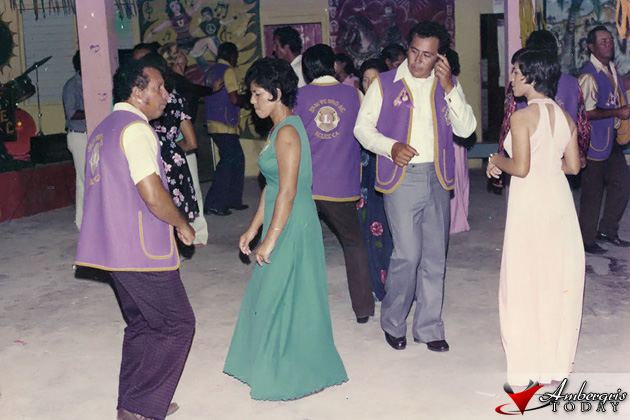 This New Year’s Eve Dance was called Baile de los Viejos (Dance of the old people) because only the older and married couples were allowed at this dance.  This was such an interesting event that a whole chapter can be written about it so I will attempt to summarize its main points.

This dance was first celebrated at the home of Tio Dolito, a large wooden building on back street present day Rock’s Shopping Center. Then it was moved to Tio Pil’s house and then Marino’s Club and finally at the Lions Den.

The Dance commenced at 8 p.m. and at 11:30 when the bell was rung for the midnight mass, it was interrupted for an hour or so.

Traditionally all the folks went to the party with regular or ordinary clothing.  After the mass which signaled the New Year, everyone went home and put on new clothing for the fiesta.  All the ladies came with their newly sewn crinoline dresses which were in style. Crinoline dresses had some wire on the rims or hems sort of like you see some quinceañeras wearing today.

The organizers used to scrape candle wax on the ground so that the dancers could slide gracefully on the dance floor.  I can assure that many people did slide down flat on their butts at this dance, especially after a few too many drinks.  Some showoffs slid and fell on purpose.

It was not a good dance if the revelers were not caught by the sunrise, so every year they made sure they were still partying until six a.m.  To keep the ladies awake, hot chocolate and biscuits were served to them around 4 or 5 a.m.  The men were kept awake with emmm by ahhh with … well with beer or mixed drinks.  Sometimes these same mixed drinks did not allow them to see the sunrise on their feet but the sunrise saw them on the ground.

Men started dancing with their wives, but after a short while, it became a truly mixed social with men actually inviting others to dance with their wives, so that they had the opportunity to dance with others too.  It was a most interesting dance. I recall my parents dancing boleros, waltz, rumba, danzon, and the most popular corridos which were sort of like marches.

This dance for married couples was the biggest dance in San Pedro for the entire year.  It was special and much preparation went into it.  And when the party began, it was attended by 100 percent of the married couples.  I say, long live this beautiful tradition, now in the hands of the Lions.  Hope to see you at sunrise at the Lions Den. 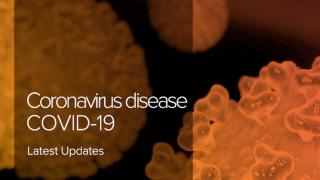 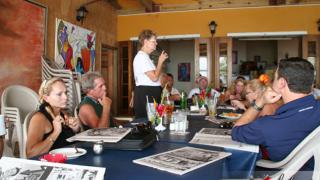