Ooops, so you missed last week’s article on “machismo” (chauvinism) dealing with the wife having to heat up her husband’s bucket bath, swatting the flies away so he would eat peacefully, and not being able to go to a party alone, while he could. Some of my female fan readers told me that they gave me an A for that story because it showed that machismo is on the downfall and that women have been liberated.

Now don’t get me wrong, I am not referring to the machismo where the woman was subjugated to embarrassment, force, rejection and even abuse. No, I was referring to customs in which the woman did it with love because it was the custom and it made her man happy and he was “the macho”.

So did this extend to other areas? Well it applied in the culinary field. While today men would boast that they did an exquisite barbecue or a finger licking stew or chin licking pasta, it was not like that twenty five years ago. It was considered derogatory for a man to engage in culinary activities, so he kept out of the kitchen, after all he was the macho. In machismo standards the man did hard work like bush work or diving, but not cooking which was considered a “woman thing”. Got it? While today gastronomical activities is something men can boast of, it used to be considered feminine so there was no way a man would put on an apron. No way Jose!

And while we are talking about cooking, it was the same sentiments held for sweeping the house, doing the laundry, and ironing, baking, stitching a button, or putting a hem on a shirt. Nooo! Those were absolutely considered “women things”. So because of this machismo, the women gladly did it for their men, so that they (the men) would not suffer any embarrassment. And thus chauvinism persisted.

Chauvinism permitted a man to go to the bar and drink. And he could get drunk too and it would not even be commented the following day. Do you think a woman could go to the bar? What did you say, the bar? If a woman ever did so by mistake, the whole village would be talking about this very unorthodox, unethical, and derogatory thing. What a woman in a bar? That was unheard of in the 1960’s. When Vernon Hammon and his lovely wife Terry came to San Pedro in the 60’s, Terry went along with Vern at Daddy’s Club and it was talked about for a long time.

In this machismo thing, a girl just would not put a beer or drink to her lips nor take a cigarette to her mouth. She would be considered a bad girl, especially if she was young. If she was a married woman, it was a shame on the man and her, and it was believed that she controlled her husband. In Machismo standards, this was awful, unacceptable, extremely derogatory and belittling.

Today we can proudly boast that San Pedro has come a long way in getting rid of machismo. Not that it is good for a woman to go and get drunk, but it is not good for a man either. And if cooking is fine for the woman of the house, the man can certainly feel good that his barbecues are better than his wife’s. The pleasure of getting rid of machismo that was so prevalent twenty five years ago! 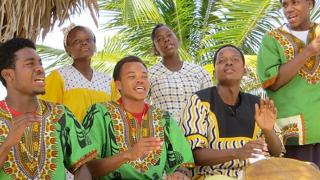 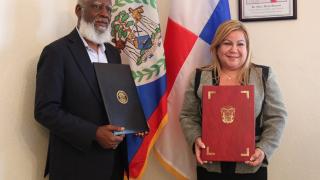 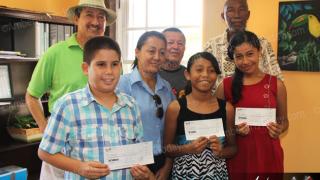