This is a popular saying, “Crayfish to stone dogs.” It is a saying meaning that there is an abundance of something. And there was a time when the spiny lobster or the crayfish existed in abundance around the waters of Ambergris Caye.

First a little anecdote, which might not even be true but here it goes to prove the point. There was this Sanpedrano coconut harvester who claims that one day he went to the “cocal” (the coconut grove) and hauled his dory up on the beach and went into the bush to do his chores. When he returned to the beach he noticed that the area around his dory looked reddish and noticed that his dory was actually stuck on lobsters. It was difficult to push his dory out due to the spines on the lobsters and Sanpedranos had always walked barefooted, but he managed to put on his “apargatas” (home-made sandals) and got his dory out. Did he take any lobsters? No, in fact he grumbled that these pests had given him such a problem!

This same old man, who was known for his exaggerations, said that on another occasion when he went to his cocal, he returned only to find out that this huge log had leaned against his dory. When he tried to remove the log, to his surprise he discovered that it was not a log but a huge lobster. He killed the lobster and managed to bring it home. About five families had a feast with the meat extracted from this giant lobster tail, and the shell was used as a dory by his children. What a tale! If lobsters were not in abundance, they were in giant sizes.

But truly there was an abundance of lobsters in San Pedro and thus the reason why it was not considered a valuable product but a cheap thing or a pest. There were days when we used to go to the fish trap and there were hundreds of lobsters in the fish trap. The fishermen used to have to get rid of the lobsters before they could set the nets to collect the fish.

There were other times just before the opening of the season when we would go to the fish traps to collect the lobsters and put them in large wooden containers called “huacales”. The “huacales” was basically a fish trap but bigger in size and they would be placed closer to the beach where the fishermen could keep an eye on it. The lobsters were kept alive in these huacales for about two weeks. So we used to remove them from the fish traps so that more would enter the trap the following day. At times we collected up to three hundred lobsters from the tail of the trap alone, and that was before even entering the fish trap. There we would collect another four or five hundred lobsters.

Sometimes, fishermen who had sailing boats used to sail all the way to Corozal Town to sell their product. They had to take them boiled or cooked because there was no refrigeration. In Corozal they sold well because there were no fishermen there and neighboring Sarteneja was not into fishing yet; they were into agriculture. They were tired of eating vegetables with their homegrown pigs and chickens so they were willing to pay ten cents for a nice boiled lobster. Not in San Pedro where you could stone dogs with them.

Where could you catch these lobsters if they were actually in abundance? Well, right off the beach you found these white patches in the middle of the grass. There were crevices under the grass edges and there you could find lobsters by the dozens. Lobsters like shady areas to spend the day and they roam at night looking for food. Underneath the main pier, there were logs and rocks and even some drums that fell off the cargo boat, and right there you could find lobsters.

On a Saturday, for example, if you wanted to eat some baked lobster, fried lobster or lobster soup, you only had to swim some distance from the beach and you would return with a 15 to 20 lobsters in a short while. They would still be alive when we dashed them into the pot of boiling water. Now you would say that is mean, but I say that is delicious and that is really eating fresh lobster as we did twenty five years ago. 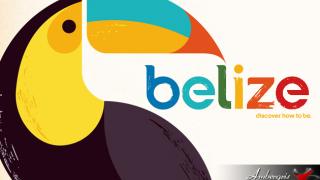 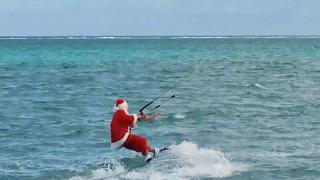 What is Santa Claus Up to In Belize? 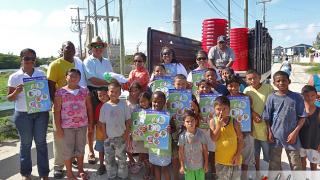