Lent is Lent and Easter is Easter and I don’t think they can be different today than 25 years ago. You observe the passion, death and resurrection of our Savior Jesus Christ with prayers and traditions. Perhaps there lies the difference-in the traditions.

Traditionally, 25 years ago meat was not eaten any at all during the entire period of lent. Fish was the only source of food. To eat meat was like committing a mortal sin. Lent was so solemn that 25 years ago, couples could not get married during that period. You had to wait until Holy Saturday or Easter Sunday to get married. In fact even birthdays were not celebrated during Lent for it was believed with much reverence that it was a period of mourning, sacrifice and respect for the death of Jesus Christ.

There were many beliefs that were followed like law 25 years ago. On Good Friday the day our Lord died, nobody went swimming for we were taught that if you did, you could either turn into a mermaid, fish or suffer some accident. Mothers cooked and prepared meals and bread from Thursday of Holy Week, for absolutely no work was permitted on Good Friday.

The girls even did their hair one day early for they refused to shampoo on Good Friday. Stores, shops, and bars were not allowed to be opened, by order of the police, and if you did, you were arrested. Only saloons were allowed to be opened to sell refreshments, candies etc., but not canned goods etc.

Bars were closed throughout Good Friday and could not open until next day Saturday. If by chance a bar would be opened, the police would close it down, and if not, the villagers went and demanded the premises to be closed out of respect for God and the Church.

There was also more solemnity and reverence in the religious services. All parents would send all school children to the “Three Hours” or “Las Tres Horas” commemorating the passion and death of our Lord. The church was always packed. On the verandah of the church, the local musical band performed solemn hymns or “funeral songs” as we used to call it.

In the procession all the men would attend and all dressed in white shirts and black pants- nothing else. It was a spectacle to enjoy and admire. The Easter procession was the longest in the village for there was one hundred percent participation. The teachers lined up all the school children first followed by the women.

Behind the women came the section of men carrying the coffin. Then behind them came the young ladies bringing a statue of the Virgin Mary who traditionally follows the funeral procession in mourning. The leader of the procession who carried the cross moved so slowly that the procession itself lasted about three hours. It was said that he made two steps forward and one step backward.

Finally it can be said that even the weather has changed for Easter. Good Friday, there was traditionally a very strong southeasterly wind blowing, some 25 miles per hour. There was usually a sand storm and the sand actually stung one’s feet as we went along the slow procession. So as you can see, Lent is Lent, but traditions have changed making lent a little less solemn. You will see bars open on Good Friday, and you will also see people swimming. Fortunately you will still see people at prayer keeping alive the prayers that go with Lent and Good Friday. 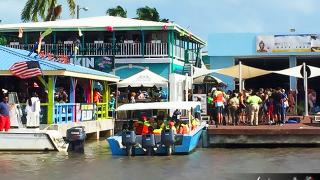 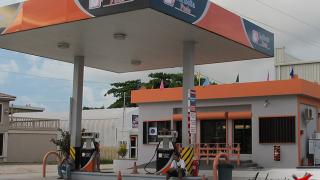 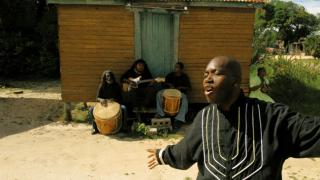