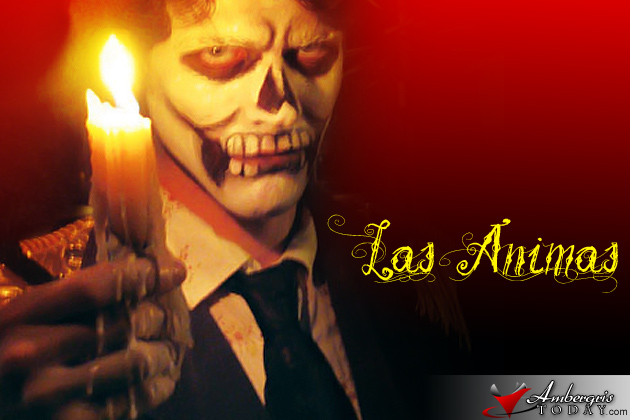 By Angel Nuñez
There were two periods in the church calendar when no type of entertainment was permitted. The first one was the Lent season when the church commemorated the fasting of Jesus Christ in the wilderness for 40 days and 40 nights and then his death right after the Jewish Passover Festival. During Lent no type of entertainment was allowed. The second was the month of November when the church honored the souls of the deceased. It was believed that these souls were waiting in a resting place called Purgatory, awaiting their time to be called into Heaven.

November was the month reserved to "Las Animas" and there was no birthday party, no wedding celebration, no quinceaños, no kind of parties. The "animas" needed to rest and out of respect people had to go home early and vacate the streets so that the souls could have their procession.
The souls got up at midnight, every night during November. The procession left the cemetery down to the corner of Hotel Sanpedrano. It proceeded to Club Latino and turned left down Pescador Drive as far as Baller’s Barber Shop. There the procession went along the primary school street, turned left and into Barrier Reef Drive all the way north up to the cemetery again. This procession of the Souls took between two and three hours as it went very slowly, the leader dressed in black and the rest all dressed in dazzling white. The souls floated about one foot above the ground as they marched along praying, singing and chanting in unison.

Many Sanpedranos used to hear the singing during the calm November nights. But their windows were shut tightly and the lights were turned off. No one dared take a peek through a window or a crack on the wall. Nobody was foolish nor brave enough. It was said that if you looked out, one of the Souls would hand you a lit candle. The next morning, to your fearful amazement you would discover it to be a bone.

Anyone that received the candle, which was transformed into a bone, was due to die soon. The Souls would soon come and look for him. To escape this spell, you needed to get an innocent male baby, put the bone in his hands, open the window on the following night and return the bone (candle) to one of the Souls or "Animas". Then, and only then, your life was spared.

Children never roamed the streets of San Pedro after nine o'clock at night for fear of "Las Animas". Even the occasional drunkard on the streets made sure he was home before midnight. And the "parranderos", those who used to serenade to the ladies at their windows in the wee hours of the morning, well they usually suspended "las parrandas" during November.

Many old folks saw "Las Animas" in the 1930's, the 40's and even the 50's. Some saw them coming from the reef towards the main pier, but they ran and managed to escape the candle, but not a high fever that hit them for about three days.

I've never seen "Las Animas". But there are many old folks alive today that have seen them. Ask Granny or Granpa to narrate to you of their experiences. One thing I tell you, I don't sleep with my windows open during November. As for the "animas", with all the traffic and noise and people on the streets, lamentably they cannot hold their procession anymore. They rather go to your houses, force open a window with a crowbar (strong metal lever) and ransack your house. Or do you think they are thieves? Oh, how have things changed from 25 years ago! 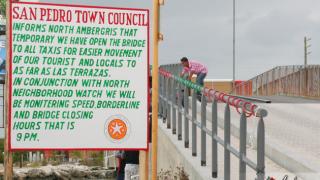 Taxis Allowed Across the Bridge!? 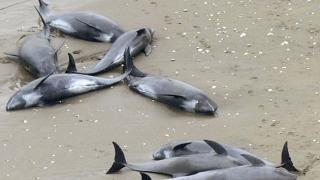 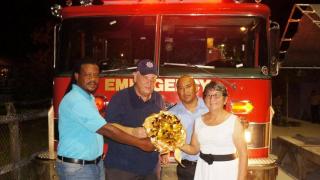