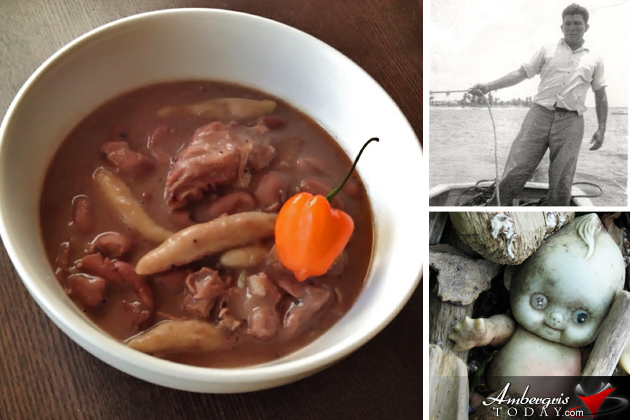 By Angel Nuñez
Oh yes we used to do that and we used to think and we used to play and even eat back then much different in San Pedro from today. It was not better or it worse. It was just different. Let’s enjoy a few more.

BEACH COMBING:   This was a very popular activity back in the 1950’s and 60’s.  Many of the village fishermen USED TO beach comb for bamboo, which was used to make the lobster traps or lobster pats as they were called.  We picked up strange bottles and took them home to be used as water bottles.  Any piece of usable lumber was considered a good pick for a beach comber. At times we found a doll with no legs or no head. Good pieces of rope often drifted and landed on our beaches all along Ambergris Caye’s 25 mile long beach. Some of the junk stuff that drifted on our beaches were lighters, light bulbs, seeds, rubber, tyres, tree trunks, etc.  Now we also USED TO have a treat for the entire village whenever there were famous drifts of lumber, plywood, dolls, apples, and listen to this, barrels of kerosene or perfume. Is there beachcombing today?  I hear that there are famous drops which people go and pick up on the beach up north?  Beachcombing- always interesting. 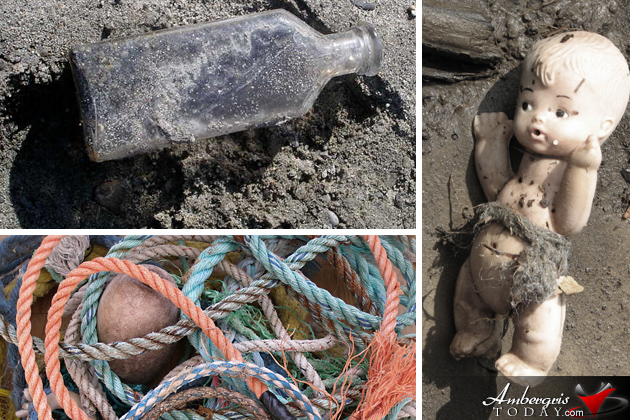 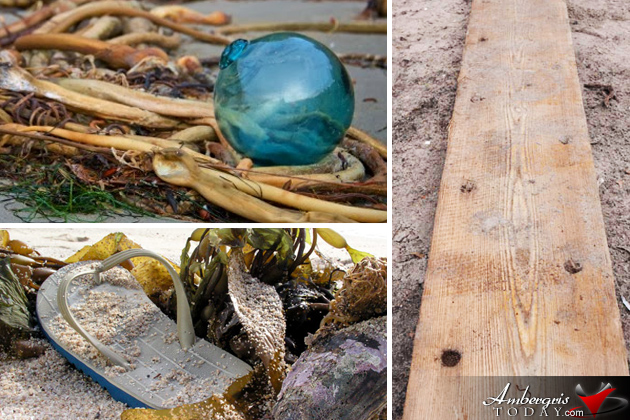 PIG TAIL:  You will probably laugh when you see pig tail repeated so many times in so many dishes.  But it is very true.  Pig tail was a delicacy and USED TO eat it at least once a week a week or perhaps more. Here we go.  Boil pig tail with tomato sauce and corn tortillas.  Boiled pig tail fixed up in a soup with chaya. Boiled pig tail fried with egg and chaya.  Pig tail with boiled ripe plantain with coconut oil.  Pig tail in tamales.  Pig tail in split peas soup.  Pig tail in the relleno dish.  Pig tail in the mechado dish.  Trust me, there are a few more that I can’t recall.  Oh yes, pig tail in the red kidney beans soup.  You don’t need to ponder so long as to the reason pig tail was always boiled before adding it to a recipe.  It came in five gallon buckets in a brine that was three times saltier than sea water. Sometimes it used to be boiled two times before applying it to a recipe.  And there again, you do not need to ponder why it was eaten so fervently. In a village where food was the main menu and where pork and beef were absent, pig tails satisfied the craving for meat in an amazing manner.  One more thing, back then no doctor, nobody ever cautioned anyone that it was high in fat content and high in cholesterol. It was just nice and logical thing to enjoy.  Pig tail anybody?  Every kid in my days USED TO say very enthusiastically, “yes please.” 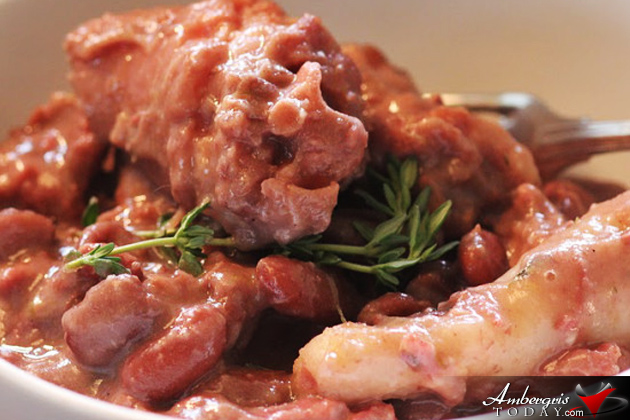 TRAVELLING BY SAILBOAT:  Back then we used to travel to Belize City by boat and here is how author Angel Nunez describes this aspect of life in San Pedro in his book Twenty Five Years Ago.

Rosa got up at midnight to board the Elsa P. San Pedro’s only cargo sailing boat which also served as the island passenger boat that provided this service with distinction.  Tio Pil, the captain and owner, liked to travel in the wee hours of the morning so that he could arrive in Belize City by dawn and make full use of the entire day loading the boat with merchandise and all types of cargo.

“Todos listos?  (is everybody ready?) Today we gave good breeze so it will be about four hours to the city,” smiled Tio Pil as is assistant, Joe Alamilla hoisted the sails. Each passenger paid 50 cents to Mr. Joe. Every passenger found a good spot to lie down. One man lay down on top of some boxes of empty bottles.  Another one lay down on some sacks of coconuts.  As the boat started moving south to the city, on that fresh and comfortable morning, those lying down started admiring the stars and the planets. After an hour or so, all you could hear was the snoring of the passengers and the music coming from Tio Pil’s battery operated radio. It soon became chilly and the passengers covered up with some blankets. A gust of wind woke up the tired passengers as the Elsa P leaned to its right side and a little sprinkle of cold water sprayed over their tired and sleepy bodies.”  And the story continues as they approached the city.  You got it right.  Travelling by sail boat was quite an experience. 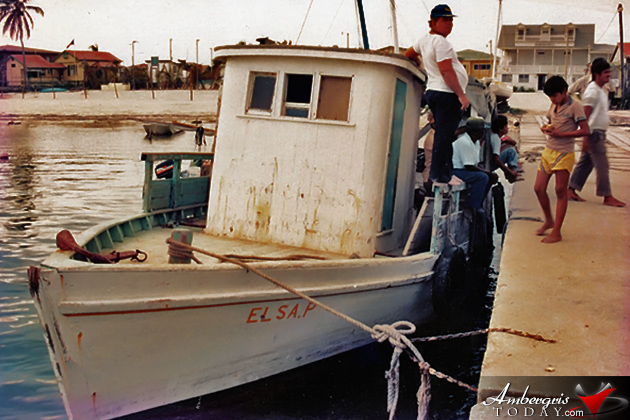 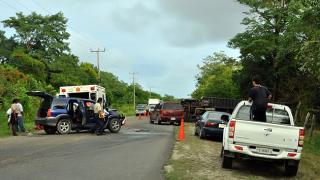 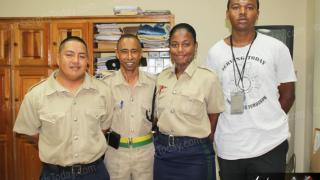 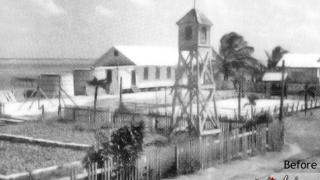