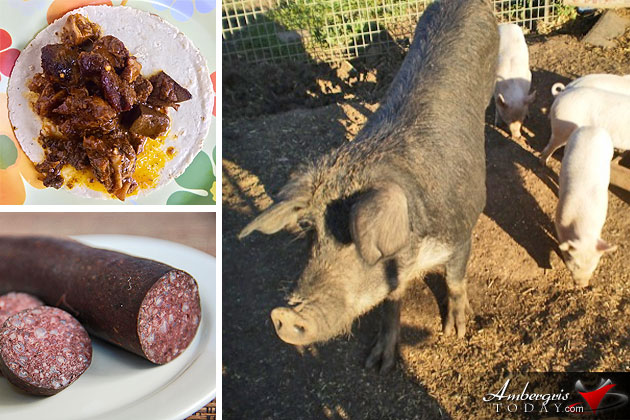 It used to be that every household in San Pedro used to raise pigs in their backyards. Why was this so? Very simple - In the 1960's and beyond, there was no meat or chicken sold in San Pedro. The diet was centered on fish and fish products. Therefore you can imagine that meat was something to celebrate - meats like venison or deer meat, turtle meat, and I am sorry to say, manatee meat which was considered to be half pork and half beef. I will admit that I ate a lot of manatee during my childhood and I found it to be a delicious plate of pork.

Now back to my pig story. The pig was raised inside an eight by eight foot pen known as a "chiquero". The pig was fed with all the leftovers from the family's table -beans, tortillas, rice, and yes lots of fish. Whenever there was corn the pig also got its treat and then it was fed with garden herbs like verdolagas, chaya, as well as coconuts. It took about eight months to raise a pig to full size, two to three hundred pounds. The butchering of the hog was timed to special occasions like a birthday, wedding, or Christmas.

There were renowned matadors on the island- Don Francisco Fashico Arceo, Don Palao Alamilla, Juan Verde, Espiridion, among a few others. The best matadores were those who could make the best crispy chicharon which is fried crispy pork skin. This brings me to the main point of my story - that the raising of hogs was something very special.

My dad used to say that with a pig it is 100% profit; nothing is wasted. Let's find out why. Pork legs, T-bone steaks, pork chops, sirloin were the prime cuts. The skin and the two inch layer of fat were fried into chicharon. The melted fat gave you two or three buckets of lard. We are not finished yet. The head was cooked intact for a big feast in which there was public dancing before it was consumed. This was known as “Baile de la Cabeza del Cochino". 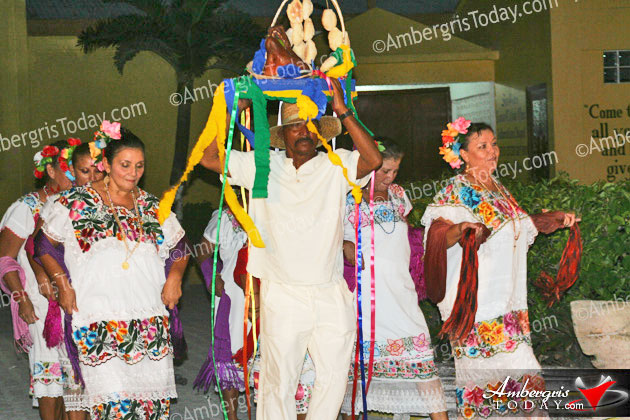 The dance of the Pig's Head, cultural dance

The blood was collected and mixed with meat to create a delicious sausage that was stuffed in the intestines of the animal and was called Morcia or Chuch in Maya. Then the liver or higado ended in a huge pot of stew called "higadia". Alright? Not finished yet. Any leftover parts, ribs, feet, snout, ears, etc was cleaned and corned and reserved for later consumption. Laugh now!  Some guys collected the shaved hair or bristles of the hog and tied it neatly unto a piece of stick to make a paint brush. 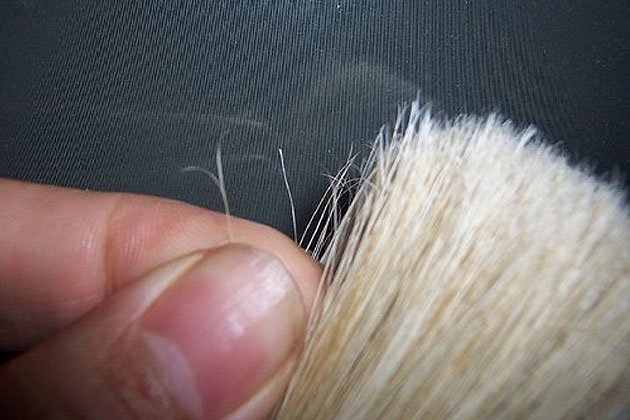 Paint brush made of pigs hair

Now you can appreciate why raising of hogs in San Pedro was very special and the butchering of same was an even more special happening. It was something every family did happily and then enjoyed immensely. This was life in the humble fishing village of San Pedro 25 years ago or perhaps 50 years ago.

One final laugh - The kids got the urinary bladder of the hog and inflated it to the size of a volleyball and put it to sun dry. There you had a finer rubbery ball.Convinced that a pig is 100% profit? 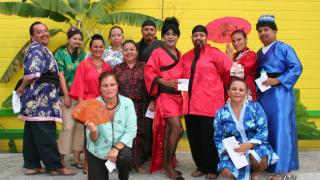 AIDS Commission Thanks for a Wonderful Carnaval 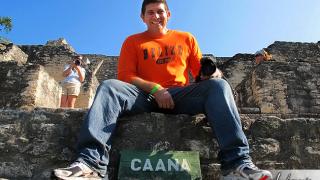 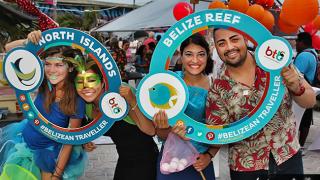