Unibam’s Response To Attacks From The Church

Belize’s democracy is young and holds much promise.  Democracies are not static; ideally, they evolve as generations change and citizens become more enlightened and empowered to join in the public forum of ideas which eventually fosters a more equitable, just society.  At times, however, certain socio-political forces impede a democracy’s natural evolution towards a necessary egalitarian state. Political cronyism, prejudice and religious dogmatism are often enemies of social development and a citizenry remains impoverished by these dangerous forces.  If Belizeans are to usher their young, postcolonial democracy towards a more inclusive, pluralistic model, it must contend with these dangerous forces that, left unchallenged, would keep the country in an arrested state, void of vision and potential for growth in multiple ways. It is no surprise that these forces perpetuate themselves by callous exploitation of the basest human emotions--fear and hatred. They may dumbfound and paralyze a populace and nobody knows how to manipulate them more than political demagogues and religious fanatics. Fear and hatred undermine a healthy democracy and must be confronted, challenged and eradicated if the promise of a young democracy is to be fulfilled.

UNIBAM, in exercising its constitutional rights to due process of law in the Belizean democracy, finds it necessary to issue a response to a series of homophobic, fundamentalist propaganda launched by certain religious groups. Such propaganda is clearly designed to exploit the ignorant piety of the gullible and incite fear and prejudice among the Belizean people against gay and lesbian citizens.  It is based solely on religious dogmas that are antithetical to reason or logic. These religious groups obviously have no intention to engage in a reasonable dialogue on the issue of homosexuality and a prejudicial law that could be used unjustly against gays in Belize. Their sole purpose is to disseminate their fallacious information and fuel the flames of intolerance. It is imperative to recognize and emphasize the fact that Belize is NOT a theocracy or ruled by biblical tenets. UNIBAM’s constitutional challenge to Article 53 of Belize’s criminal laws is a matter to be settled ONLY by the courts without any influence from religious bodies or their incendiary rhetoric. UNIBAM’s argument is firmly based on the cause of inalienable human rights, regardless of nationality, religion, gender, economic class, race or sexual orientation.

If Belize is to progress socially, it is imperative that it resist dogmatism, zealotry and bigotry, especially those that come under the guise of an ostensibly innocuous church.  Dogmatic thinking and ideologies are counterproductive; they allow no room for intellectual inquiry, analysis, exchange of ideas or a healthy dialogue on important civil issues. If God is the be all end all, the explanation for everything, then humans must merely succumb to the tenets of God and not utilize their own intellectual capacity. During the Dark Ages in Europe the dominant church rigidly censored the arts, sciences and philosophy, in effect, the public forum of ideas. Hence, for almost a millennium, there was little significant development in these fields, which we know advance culture and civilization. Instead the church was busy sanctioning holy wars, witch hunts and burnings at the stake, the victims being anyone who did not comply with their strict tenets and moral codes. In fact, religious fanatics and gross distortions of religious texts have been responsible for significant strife in human history—the Inquisition, the Crusades, justification of slavery, the oppression of women, terrorist bombings in Ireland and the Middle East, to name a few. Belize, an already poor, struggling nation, cannot afford to be dragged into retrogression by these religious zealots for whom nonsensical dogmas should replace human autonomy, volition, potential and responsibility.  It would be a grave travesty to allow these religious bigots and their highly subjective tenets to have any influence on public policy.
Instead of spreading fallacies and condemning others, these church groups would better serve the Belizean public by speaking out against poverty, rampant crimes, violence, injustice, and political corruption. The Christ we are familiar with says nothing about homosexuality, but he surely was a vehement critic of injustice and religious hypocrisy. The Christ we are familiar with compassionately walked among the lepers and the sex workers, warning the zealots and the pious against casting the first stone at them.  But instead of loving their neighbor as themselves, inspiring hope, or fighting for the rights of the oppressed, these religious groups somehow find it more worth their time to march and spread fallacious propaganda condemning homosexuals. They are fully aware that such tactics promote fear, discrimination, ignorance and even violence.  Certain church leaders have been exploiting the power of their pulpit to misinform the public about the amendment to Section 53 of the laws of Belize. This is blatant hypocrisy. It seems that the church’s philosophy of love and forgiveness has transformed into one of hatred and persecution.  These crusaders must be held accountable for spreading pernicious lies that dangerously misguide the public.  One of their recurring mantras, and that of homophobes in general, is “that by removing the sodomy law we give license to these homosexual pedophiles to infiltrate our schools and sexually abuse our children." There is ample empirical evidence from the Caribbean that shows that most child sexual abuse/rape/exploitation is perpetrated by heterosexual men. The incidents of heterosexual sexual abusers molesting young girls (including members of their own families), is epidemic in Belize. In fact, there have been innumerable cases in our society of young girls being molested, raped and kidnapped.  If and when these cases are aired there is no public outcry as was demonstrated by the recent violent response against an alleged molester in Succotz last week. That the victim was a male ostensibly points to a public aversion towards the “gay boogie man” as well as the patriarchal value that the male sex is more valuable than the female. To further educate on this issue, sex between men and minor boys (pederasty), is not considered by sexologists to be derived from sexual orientation and eroticism. Sexual abuse of children is based on control, abuse of power and exploitation of the vulnerable. It is, therefore, deceptive and dangerous to correlate homosexuality and pederasty. Now, it is interesting that this fallacious propaganda is coming from religious preachers who have had no shortage of sex scandals with minors over many years and in many countries. Great job, Christian soldiers; what a way to do God’s work. First take the plank out of your own eye, and you will see clearly to remove the speck from your brother’s eye.

Zealots seem unaware of their own self-contradiction, though conscious of the way they select their battles.  What religious creeds deem sinful is not the same as criminal conduct. Premarital sex, having multiple sex partners and using contraceptives, though sinful in the eyes of the church, are widely practiced without any civil or state disapproval. It is noteworthy that these crusaders do not try to have the state criminalize these practices. They obviously know the impossible battle they would have with such campaigns. They are also hypocritically aware of a slew of other forbidden practices cited in their religious texts, but which they themselves commit on a daily basis and then seem to conveniently ignore.  And so, once again, homosexuality becomes the cause célèbre that helps to validate their raison d’etre.  Make no mistake, it is a campaign founded on fallacies, fear, ignorance, unassailable dogmatism, and a refusal to comprehend the world within the sphere of reason and logic.

UNIBAM reiterates its case that consenting adults have an inalienable right to their bodies and to privately engage in whatever form of intimacy they choose. This right should not be impeded, in any way, by a state law, or the highly subjective values of religious doctrines and dogmas. Belize has an auspicious opportunity to stand out as a promising, young democracy, one that empowers its citizens with their rights and designs laws that preserves those rights. Belize is at the threshold of taking a leadership position with very few nations in the Caribbean and Central America to decriminalize sodomy, as almost all developed nations have done. We trust that Belize will choose to join such league of nations and set an example for the region.  We will continue to resist religious bigotry and challenge these crusaders to disprove Jonathan Swift’s observation that “we have just enough religion to make us hate but not enough religion to make us love one another.” 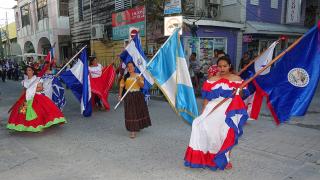 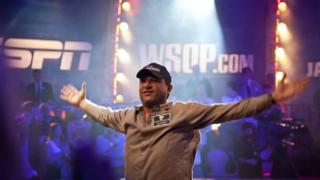 Belize at World Series of Poker in Vegas 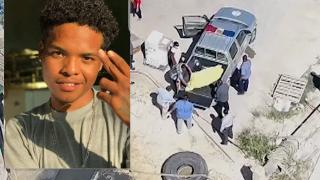