Letters to the Editor: Police Neglect

On Monday, February 6, 2012, and about 12:30 pm I just returned from town and heard our neighbor known only to me as Carl yelling profanities and and as soon as he caught my eye he proceeded to climb over the two fences separating our yards. My husband told me to get into the house, and we locked the doors and closed the windows. Carl was definitely under the influence of something but seemed extremely agitated, calling out my husband so he can beat him and threatened our lives.

We placed the first call to the San Pedro Police at 12:40 pm asking for help, told them that he was not only in our yard but on our porch banging at our windows. He continued to curse and bang at our windows and threatening us. A neighbor’s son came over to tell us that his Mom also had called the police. We continued to place multiple calls asking for help.   We felt the situation was getting worse. Still nobody came. I called and was hung up on. I called and asked to speak
to the officer in charge and was told "there's no one" and again was hung up on. After about an hour and a half of being in the house, my husband held a machete and I a rubber mallet for self defense.

We were prisoners in our own home as this man tormented us, threatened our lives and the police did not arrive for almost two hours after violence has ensued when this guy actually stoned me as I came out of the house. This led to my husband needing the beat this idiot and tie him until the police arrived which was at about 2:30 p.m.

My husband in his 53 years of life has never before this needed to hit anyone in self defense and has never in his life resorted to force of any kind. He is not proud of what he needed to do, as both of us hate violence of any kind, but I am proud of the fact that he came to my defense against this drunken person. We called the police as soon as the attack happened and told them that Carl was now tied up in our front yard and begged him to please come over!

The most hurtful thing though is that when they finally showed up and before they asked me any questions, or my husband, the officer pointed at me and said, "he can file charges against you". They did not interview my neighbors who witnessed his terroristic threats, and when my neighbors asked them if they wanted to talk to them they said, "No".

They did not ask me what happened, warned my husband that he can have charges filed against him. My husband immediately went to file a report, but was treated like he was the perpetrator of a crime instead of the peaceful man he is.

Today we went with our attorney to the police station. There he found out that they didn't get a statement from me even though I was attacked, and were charging Carl with only "harm" and will be charging my husband with assault!

Carl kept on saying that the police were "his friends" and they wouldn't do a thing. San Pedro has no police department. They proved that. If there are any honest caring officers in San Pedro, I wish they would speak up!

This man terrorized us for hours, threatened our lives, and then assaulted me in my own front yard and the police could have prevented the whole thing by responding to a call for help. Their attitude on the phone was disgusting, totally uninterested in helping, and negligent.

We have to face the fact that we need to arm ourselves for self defense, that there is corruption in the San Pedro Police. We were the victims of a frightening home invasion, and the police protect the criminals, and have no interest in serving the public and protecting their safety. I don't know
what can be done, but it is a disgrace that we have to hire an attorney with the little money we have to live on because the San Pedro Police is protecting their friend.

They asked what hand he used when used when he pointed at me and threatened, and one officer commented to the other, “Hey, Carl is right handed, isn't he?” I am asking for your help in resolving this matter.  We are the victims of random violence by a drunken man and should not be subjected to be re-violated by the people whom we, maybe naively, thought should be protecting us. 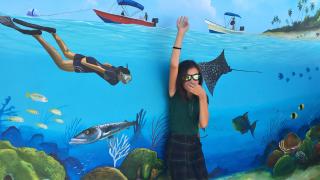 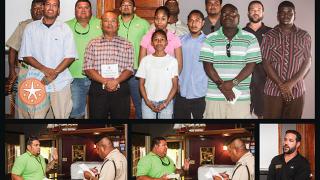