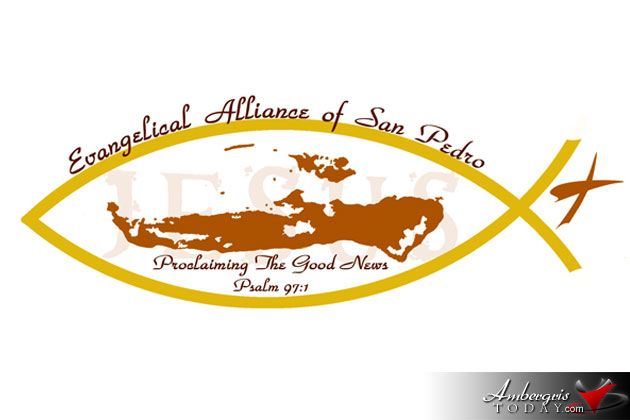 We, the Evangelical Alliance of San Pedro, Ambergris Caye; which includes the Evangelical pastors of San Pedro Town and their congregations are outraged and condemn in the strongest terms possible, the humanistic "New World Order" Revised National Gender Policy 2013.

We also condemn in the most vigorous way possible the misleading and "closed doors" in which it was conceived by the current Government and his Cabinet without any consultation of the people of Belize who placed you in office to uphold and defend our Constitution.

We support and defend the worldview, written in our constitution, that God is Creator, and that He is sovereign, and He alone gives us our human rights, and that the role of government is to protect God-given rights. We also hold that He created us male and female, and that He created the family unit as a key element in a society for a healthy and prosperous culture.

We strongly oppose any effort to rewrite and redefine the meanings of words and concepts that attempt to alter in any way this Holy worldview. We will continue to raise awareness of these pious beliefs through our media by motivating and activating the people of Belize to support and defend our God given rights.

We, the Evangelical Alliance of San Pedro demand the immediate retraction of the National Gender Policy Revised 2013. 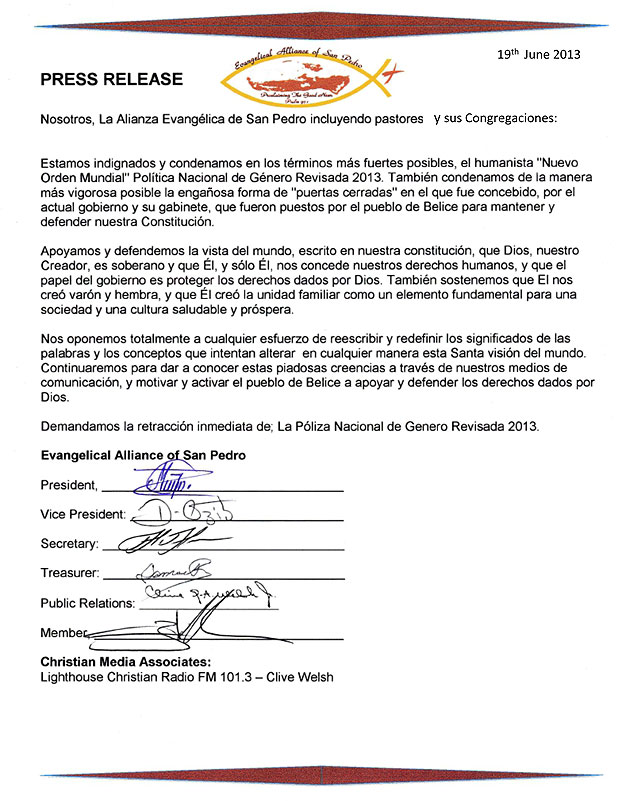 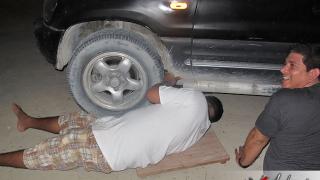 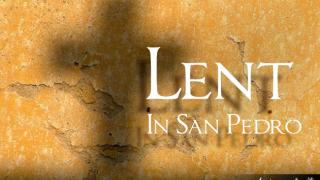 Looking Back at how Lent was Celebrated in San Pedro 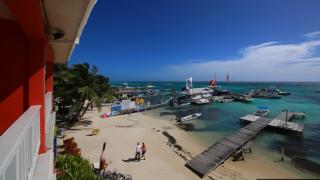