Person of the Year ’09 Melanie Paz

San Pedro has had it generous dose of visits of celebrities from all over the world and of various categories- athletes, actors, artists, models, entertainers, politicians, heads of states, chefs, magazines, T V personalities, and a host of philanthropists. Indeed San Pedro has its own beloved celebrities and newsmakers except that most of the time they are working behind the scenes and might go unnoticed. But they certainly don’t go unnoticed to Ambergris Today, the Voice of San Pedro and Ambergris Caye.

Ambergris Today, desirous fulfilling its commitment to be the newspaper with a positive attitude, and desirous of giving credit where it is highly deserved and due is proud to announce and present the Person of the Year 2009 Award. Winner of the honors as PERSON OF THE YEAR 2009 is our very own Melanie Gallathy Paz (our first female honoree).

Born in Belize City where she spent her childhood and part of her teenage life, Melanie completed her education in Belize City and then college in New Orleans before she moved to San Pedro looking for a new life near the sea and surrounded by a new host of friends and business associates. She could have stayed in Belize City running her family’s prestigious business, after all she is granddaughter of the legendary businessman, Santiago Castillo. But no, San Pedro was her passion. She might have come just to explore, but she got attached to this community where today she celebrates her silver anniversary as a San Pedrana, not just living here but playing a vital role in the development of the Island’s tourism industry and social fabric.

Melanie found a husband and created a lovely family including Andre and Krista. Having an entrepreneurial spirit, she got involved in the dive shop operations and offering tour packages out at sea and the mainland. Obviously her heart was in the tourism and hospitality world and she did much, and still actively involved, to promote San Pedro as a diving destination and a paradisiacal haven to visit, not by chance but by choice.

Consequently Melanie became seriously involved with the BTIA (Belize Tourism Industry Association) where she ardently promoted Belize, and most importantly San Pedro, as a number one tourist destination. Being a leader that she is, she served as President of that prestigious organization and as such impacting the entire country of Belize with our number one industry in terms of economic value.

In her spare time, Melanie has chosen a wonderful hobby which is to help the less fortunate of our community. This she does partly by her active participation in the San Pedro Lions Club, the number one service association in San Pedro, as a board member, tail twister, Lion Tamer and now as President. Additionally she serves her community and country as a Justice of the Peace.

But this is not enough to keep Melanie busy and happy. She volunteers much time, ideas, even resources, and effort every year to the San Pedro International Costa Maya Festival Organization ensuring that every year it is fun and successful. You would think that this is enough to keep a working mother and businesswoman fully occupied, but not so. Melanie is also a strong volunteer participant and enthusiast in the San Pedro Boat Light Parade, an organization that lights up the seas as a “Kick Off” to our Tourism Season and the Christmas festivities.

Now this is it for Melanie, right? No…she still finds time to attend school meetings and fund raisers; time to attend all Lions meetings, projects and functions; time for Poly Clinic meetings and duties, time to socialize as she is invited to each and every wedding and quinceaños among other socials, time to organize radiothons for special need cases, & time to attend neighborhood watch activities. Let’s not forget one of her favorite hobbies which is darts. Melanie is a member of the San Pedro Darts Team and has represented us abroad to compete under the Belize Team. She has brought home many trophies.

She is not only a participant but a true role model of leadership. Does she find time to go for a swim? We don’t know about that. You ask her, or invite her and we assure you won’t regret it because a relationship and friendship with Melanie is worth it.

Whatever the activity, as long as it has the special interests of San Pedro and Ambergris Caye at heart, you can trust to find Melanie involved. Though she was not born in San Pedro, Melanie has integrated wholeheartedly to this community and has embraced every opportunity to give of herself in return for what the island has given her.

She has earned and deserved the honorable title of San Pedrana as she has not come here to receive but obviously to give and make a positive difference. San Pedro has not always been with Melanie, but today San Pedro would truly miss her if we had to do without her. Melanie is indeed a vibrant and positive force in this community and it is with much pride, gusto and honor that Ambergris Today, on behalf and appreciation of all the people of San Pedro, hereby presents The 2009 PERSON OF THE YEAR AWARD to Melanie Gallathy Paz. 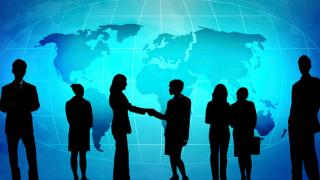 What does the Future Hold? 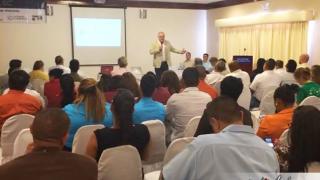 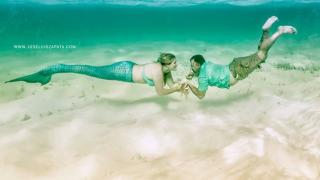 Would You Marry A Mermaid?