Hours after a powerful earthquake measuring 7.0 on the Richter Scale devastated the Caribbean island nation of Haiti, nations around the world organized themselves to send relief aid to the devastated country which is the poorest nation in the Caribbean.

Belize is definitely one of the world’s nation that quickly prepared to join the worldwide humanitarian efforts. On Friday, January 15, 2010, Reef Radio, in collaboration with the San Pedro Red Cross, urged the community of San Pedro to donate as much as their hearts willed. The radiothon for Haiti lasted all day and yielded a little over $50,000; a very generous donation from the island’s residents.

Larger businesses from around the country also made generous donation including Smart, that on Thursday, January 15, made a donation of $10,000 for the earthquake victims of Haiti. The donation was given to the Belize Red Cross to assist the organization in reaching its goal of $100,000.00 to aide in the relief efforts.

“We applaud the Red Cross for their continued commitment to improving the quality of life in Belize and around the world. As we have seen on the news, the situation is grim and we send our prayers and condolences to the President and people of Haiti” commented Mr. Ernesto Torres, CEO of Smart.

Smart customers can also now donate to the Haiti relief fund via a text message from their phones. To make a donation, send a text to 2273 (CARE) and in the body of the text message enter the amount to be given. The amount will be deducted from your existing credit or added to your monthly bill. All the proceeds will be handed over to the Belize Red Cross.

Both Smart and Belize Telemedia urged its customers to make donations as well. Smart made it available for its customers to donate via text messaging, while BTL collaborated with Wave Radio and the Red Cross in Belize City and asked customers to call in to make their kind donations. The Belize Electricity Limited also announced in a press release that the company had donated $20,000 to the Haiti Relief Fund.

NEMO (National Emergency Management Organization) also made preparations to assist the people of Haiti. Search, rescue, medical and other skilled personnel to assist Haiti was coordinated by NEMO and channeled through CARICOM’s Caribbean Disaster Emergency Management Agency (CDEMA). The organization also set up the NEMO Scotia Bank Relief Account # 193-48-10 for anyone to deposit their donations. This bank account fund is still active for those who still want to make their donations.

Indeed, Belizeans did extend a very generous hand to its suffering brothers in the Caribbean country of Haiti and all the help should be applauded. 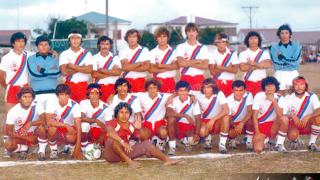 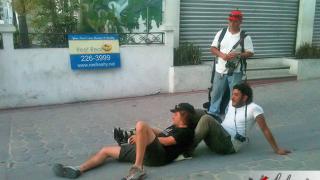 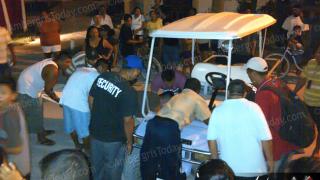