"I’ve had some tourists come up to the art gallery and comment on the garbage on the beach,” Chris told Ambergris Today. “I told them that I pick up the plastic bottles and that is where the idea came of doing a sculpture. He told me that he would purchase my first sculpture no matter what it was and how it came out.”

Chris’ first sculpture of a Spotted Eagle Ray took him about a month to collect the bottles and 20 hours to complete the sculpture and it has been sold! It’s on display at his gallery at the Sunbreeze Hotel. Chris managed to intricately weave 72 clear plastic water bottles together to form a magnificent ray and used the bottle caps as the sea creature’s spots.

And guess what? Chris’ sculpture has inspired other businessmen to take on similar recycling challenges and even Mayor Paz was impressed with his sculpture and idea to recycle. On Wednesday, March 10, Chris also visited Isla Bonita Elementary Primary School during morning assembly to showcase his sculpture and talk to the school children about the importance of recycling and pride in our Island’s cleanliness. The teachers at the school will now take up the challenge of initiating a recycling project at the school and have the students create sculptures of their own.

Chris Emmanuel says that he is now inspired to create another sculpture and already has an idea of what it will be. 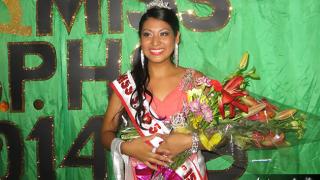 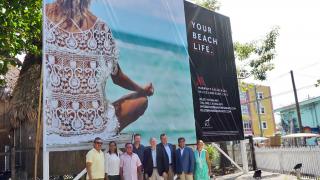 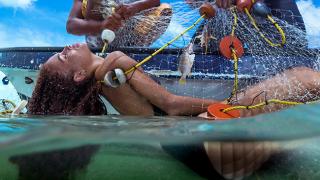 Are We Drowning Our Future? Oceana Belize Fights Gillnet Fishing