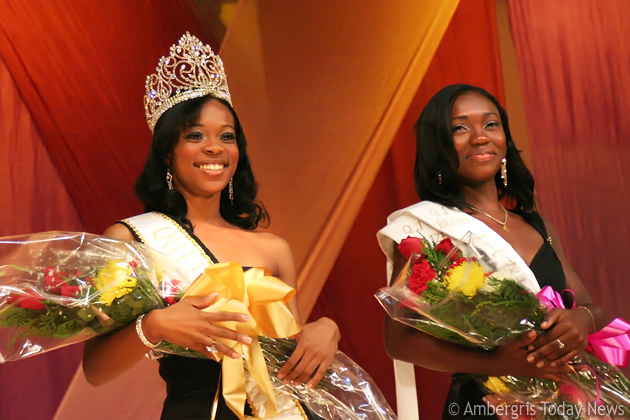 The long awaited Queen of the Jewel Miss Belize Beauty Pageant has come and gone and with it gone are the expectations of hundreds, if not thousands, of San Pedro fans who were riding along with Scarleth Delgado and Anna Haylock. Annlyn Apolonio of Belize City was crowned as the Next Miss Belize on Saturday, November 27, 2010.

After months of preparations by organizers of the pageant and by fans of our San Pedrana girls, the entire Belizean public got a chance to enjoy, appraise, compliment and critique the first production of Queen of the Jewel, The Next Miss Belize, now under the direction of Ms. Opal Enriquez.

The spectacle was held at the Bliss Center for the performing arts and while in the past the Miss Belize Pageants were held to a packed Belize City Center, the Bliss was not filled to capacity. But the stage was beautiful, the girls all spectacular, the costumes top notch, the emcees okay, and the stage managers up to good timing and standards. The pageant could have had more entertaining performances, though.

The pageant had its standard opening dance, cultural, swimsuit and evening gown competitions were the ladies shined bright and beautiful. In the end the winners were Annlyn Apolonio first place of Belize City, first runner up Miss Tyler Savery of Dangriga and third place Cricel Castillo of Belize City.

Two of the fan’s favorite candidates as witnessed by the thunderous applause and greetings, Miss Castillo and Miss Delgado were awarded third and fourth places respectively- a fairly heavy disappointment for a lot of fans. But the judges had their say, or so it seemed.  One aspect of the show that raised eyebrows was the fact that the emcees never announced the panel of tabulators who play a vital role for transparency and accountability in any pageant worldwide.  But although not announced, the pageant organizer confirmed the services of Infotel Accounting of Belize City as responsible for the tabulating of the scores. The team was lead by William Moguel, Assistant General Manager of Infotel.

It was a good pageant enjoyed by fans in house and at home but there are still some questions in the minds of some. Text votes, the fashion show held in San Pedro and preliminary judging by the panel of judges were announced to have a strong percentile influence for pageant night, but it was then announced that those were completely disqualified.

We would like to congratulate the two lovely girls who won first and second place as well as all the girls who gave their hearts out to the audience.  As for Scarleth who was in the top five, she was charming and exquisite and certainly did not disappoint any one of her fans; she also won the most text votes.  Ana was similarly a glowing and vivacious girl and we know she belonged in the top five too.

“I would love to humbly THANK my family, friends, supporters for their unending support,” wrote Scarleth Delgado on her Facebook page. “It was a privilege to have been able to represent my little town! I feel thoroughly BLESSED! Congratulations to Annlynn Apolonio and all the beautiful delegates!”

The first Ever Queen of the Jewel Pageant certainly deserves our congratulations for all the hard work, but is advised to smoothen out the wrinkles for future events.  Congratulations to the new Miss Belize Annlyn Apolonio!

The top five finalists (Annalyn Apolonio, Tyler Savery, Cricel Castillo, Scarleth Delgado and Krista Cruz) will be representing Belize in one of five contracted international pageants. They will receive full public, pageant and modeling representation by Queen of the Jewel LTD which includes her flight, accommodations, wardrobe provided by RH Creation, swimwear provided by Swimbay Swimwear. 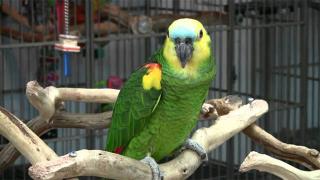 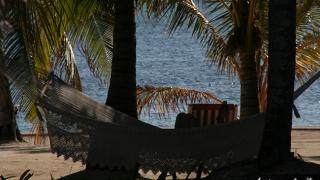 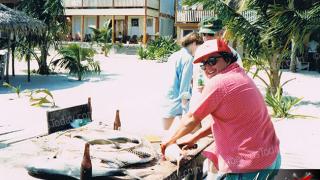 What you see is what you get in San Pedro