Our beautiful island of Ambergris Caye and our country Belize has inspired many artists to write songs about our beautiful beaches, people and many other things and even film on the beautiful jewel we call home.

The late Tom Kirkpatrick, author and poet, who vacationed in San Pedro since the 1960’s inspired and published his poem entitled “I Left my Heart in San Pedro”. Famous International Artists like Madonna and our very own Franxel and Chamika (Belizean Reggaeton artist) among others have gotten inspired to write a song or two but never an entire album, and this is exactly what Canadian artist Danny Michel did.

On July 1, 2010 singer-songwriter Danny Michel released his exuberant 8th studio record, "Sunset Sea." Michel wrote and recorded his eighth full-length album, Sunset Sea in Belize, where he "rented a hut on the beach and went fishing and wrote songs all day." He was obviously inspired by his breezy tropical surroundings; Sunset Sea is a warm record with a loose, easygoing vibe.

"I’ve gotten really sick of rock ’n’ roll," stated Michel on a press release. "This record is more world-music feeling. I’ve been listening to a lot of ’60s reggae and the lyrics are more thoughtful than ‘my girlfriend’s gone and I’m going to be a whiny baby.’ I’m guilty of that, too, which is why?I wanted to tune up the lyrics. I’ve reached a place where I don’t care how good the music is, if the lyrics aren’t there, I’m not into it — unless it’s dance or funk music, then?I don’t care. I wrote very literally about my surroundings."

The new record is an opus co-produced by Danny Michel and Grammy-nominated producer Mark Stockert. Longtime friend and celebrated Canadian songstress Sarah Harmer lends her voice to a gorgeous new 'classic Danny' tune called Binary Star, recorded thanks to the world-wide-web, and a microphone setup in Costa Rica.

Danny Michel is currently on tour promoting his album Sunset Sea. The album consist of eight songs, including: 1 -Maybe You Can Find It In Your Heart, 2 -Wish Willy, 3- Who’s Gonna Miss You, 4 -This Feeling, 5 - When I’m You, 6 – Switchman, 7 Norma Desmond, 8 Binary Star feat. Sarah Harmer. 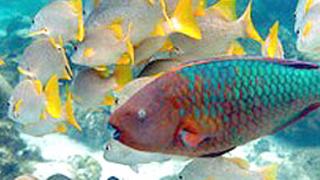 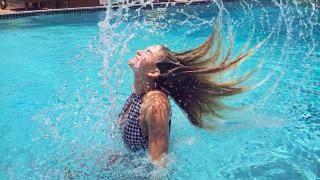