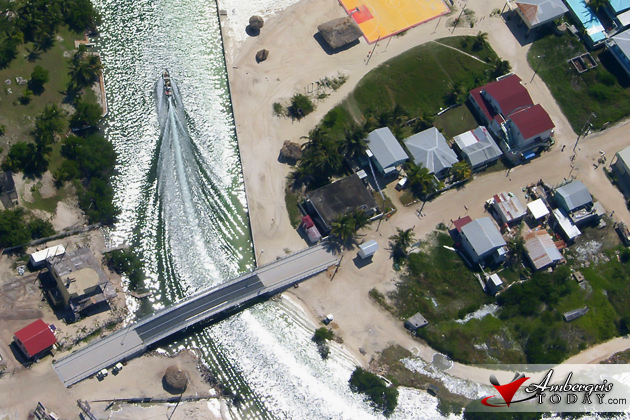 The Boca del Rio Bridge that links San Pedro Town to North Ambergris Caye was completed in 2006 by the San Pedro Town Council, much in part with the assistance of Sir Barry Bowen who provided the financing for the bridge.

On Township Day, 2011 the San Pedro Town Council officially renamed the Boca del Rio Bridge the ‘Sir Barry Bowen Bridge’ in honor of the late Sir Barry and all the wonderful things that he did for Belize and San Pedro.

“Sir Barry's love for San Pedro was unequalled,” stated Lady Dixie Bowen as guest speaker at the Township celebrations. “He could not wait to come home every evening after a hard day's work in the City.  He was always available to help the island and its residents in any way.  If he were here today he would be beaming with joy.”

The bridge in San Pedro is just another one of his projects that he left behind as part of his legacy in Belize. Did you know that this bridge in San Pedro was his 13th and last bridge that he built? He was a business magnate that did much to help the country of Belize and San Pedro, Ambergris Caye was his home.

Below is the speech by Lady Dixie Bowen on the Renaming of Boca del Rio Bridge to Sir Barry Bowen Bridge on Township Day 2011.

“Today marks the 27th year of San Pedro becoming a township.  I remember very vividly that evening in 1984.  In particular my memories are of  The Honorable Louis Sylvester, our area rep for Belize Rural South, Patty Arceo and Lisa Foreman as young girls, helping at The Hut Restaurant, where the minister had eaten dinner: everyone celebrating with their friends and family on the streets of San Pedro.  The excitement was palpable.

When I personally arrived in 1975, the airstrip was grass, the only vehicles were two old Land Rovers, driven by two of my favorite older men, Mr. Marciano and Mr. Nando.  The population including cats and dogs was about 1500.  The streets were thick with sand, too deep to ride a bicycle on or through.  Stores closed after lunch for siestas and there were more or less 10 hotels most of them with not more than a dozen rooms if that.

Everyone knew one another and the CO-OP was thriving with our fishing industry.  Men went to their traps daily and lobster boats went out for days at a time to fish the outer cays.  Oh and there was the police station where Atlantic Bank is today and Smitty, our only constable,  kept our town free of any crime.  Everyone knew he meant what he said and you just did not mess with him.  Well look at us now. I have heard various numbers regarding our population today. Whether it is 15,000 or more, I am not sure, but we have grown.

The Boca del Rio bridge was designed by my late husband Sir Barry and was finished in February of 2006.  This was not the only bridge he built in his lifetime. His first and masterpiece was the Chan Chich bridge which allowed access to Chan Chich Lodge when the Rio Bravo was in flood.  Sir Barry read a book on bridges and proceeded to design and build it himself.  During that construction he and his son Kevin fell from a cherry picker (used in construction) from about 20 ft. in the air and Sir Barry landed flat on his back in a dry creek bed.  We were not sure he was alive at first, but thankfully he was OK.

There were various other bridges that Sir Barry designed and constructed on the Gallon Jug property and another bridge at the shrimp farm down south.  The Boca del Rio bridge was his 13th and last bridge built.  There are some interesting coincidences that I would like to share with you.

In the mid seventies when Sir Barry built the Brewery, the company sponsored a country wide "name the beer contest".  Two of the entries received proposed the name, BELIKIN.  Belikin is derived from two Maya words BE and LIKIN, meaning road to the coast.  Today we name a bridge in honor of the man who built it for the people of San Pedro.  How interesting that the Sir Barry Bowen bridge links San Pedro Town and the road to the Coast, just like the words BE AND LIKIN...BELIKIN.

In memory of Sir Barry, we should remember too that not only did he build bridges for vehicular traffic: the connection is deeper than that.  Sir Barry was our bridge to Belize, the Central Government and an entrepreneur who helped lead Belize to where we are today. Hopefully we can carry on following in his footsteps, crossing the bridges of opportunity to help make Belize a more successful nation.

We are a nation after 30 years of Independence that still has the human factor in place... the friendliness and smiling faces of our people.  Our diverse people; the fishermen that were, and still are the framework of our community, the Latinos that have lent their ethics of hard work and integrated into our culture, the foreigners who fell in love with La Isla Bonita and make it  their home, many opening businesses that contribute to employment opportunities and help grow our economy.  We truly are the melting pot of our region and have managed to keep our individuality and a democratic nation in Meso America.

Sir Barry's love for San Pedro was unequalled.  He could not wait to come home every evening after a hard day's work in the City.  He was always available to help the island and its residents in any way.  If he were here today he would be beaming with joy.

As this bridge is named  after my late husband let's keep in mind where we are and how we can maintain our community, its pristine waters, cobblestone streets and the charm and feel of San Pedro itself. I am honored as Sir Barry would have been that the San Pedro Town Board has renamed our link to the coast The Sir Barry Bowen Bridge.

Thank you and Viva San Pedro.” 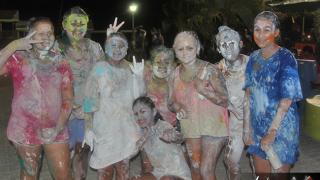 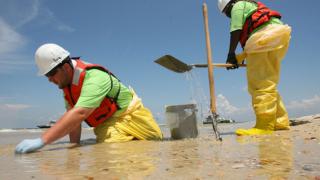 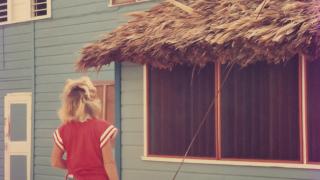