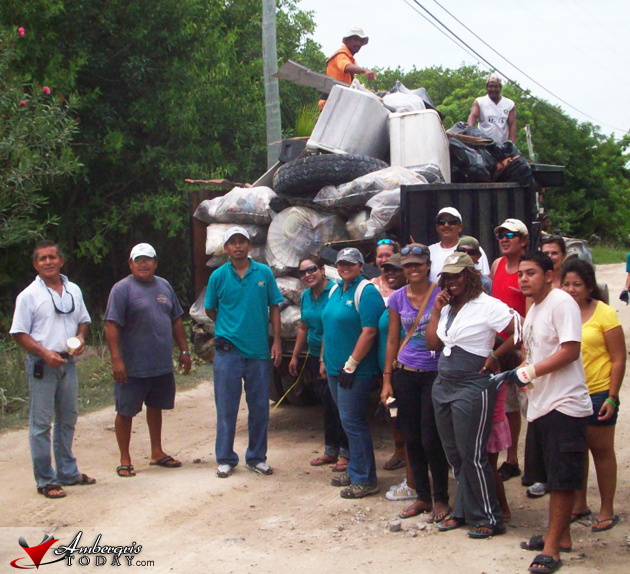 Belize City, Belize – August 31, 2011 The Belize Tourism Board (BTB) partnered with The North Ambergris Caye & Middle Island Neighborhood Watch and the San Pedro Town Board (SPTB) launched the cleanup campaign of the northern part of the island. The work which began last Saturday was the culmination of dialogue with the three parties.

Over 250 55-gallon bags were filled and three large truckloads of garbage were collected from the roadside between the bridge and Capricorn Resort! This included a large amount of household garbage, construction waste, plastics, metals, and household appliances such as heaters, stoves and air conditioners.

Residents, students and tourism stakeholders commenced the cleanup at 6:00 am and were joined later in the morning by the BTB’s Green Team. The newly established Green Team focuses on improving the operational efficiencies of the BTB offices with special emphasis on reduction of paper, water and energy consumption. It also actively promotes reuse and recycling.

“Belize is a natural resource- based tourism product. Pollution is not only visually offensive, but it is bad for the environment, ecosystems and residents,” stated Raymond Mossiah, Sustainable Tourism Officer at the BTB and head of the BTB Green Team, “It can lead to the spread of diseases and the contamination of habitats, just to name a few. As a responsible tourism body we welcomed the opportunity to help beautify the destination that accounts for approximately 45% of revenues generated by the accommodation sector.”

Diane Campbell of the Middle Island Neighborhood Watch comments, “It is great to see residents take pride in this beautiful island. This area was long overdue for a cleanup of this magnitude and we applaud the effort of everyone involved.”

The work continues this Saturday where the team will focus on the area from Capricorn Resort to Journey’s End. In addition, the SPTB will also establish weekly garbage pickup of thrash on north Ambergris Caye. Mr. Severo Guerrero noted “We invite other members of the community to keep Ambergris Caye clean and dispose of garbage in the appropriate manner. This means residents, developers and visitors as well.” For further information on this initiative, feel free to contact Ms. Diane Campbell at 610-5118. 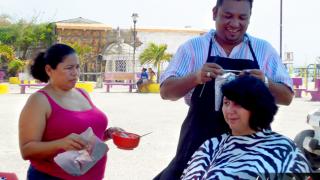 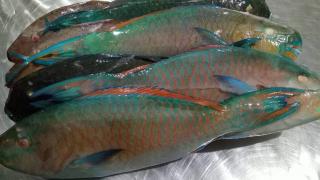 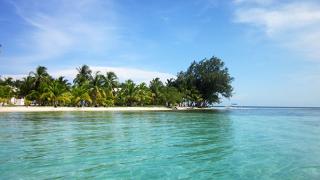