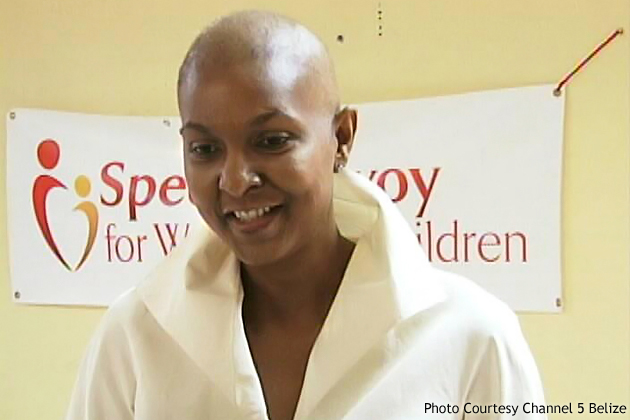 Kim Simplis Barrow, the wife of Prime Minister Dean Barrow, was diagnosed with stage three breast cancer in early November. Since then, she has been back and forth between Belize and Miami to receive chemotherapy.

Dealing with chemotherapy is very tough for anyone to deal with as this treatment kills the cancerous tumor but leaves the host gravely ill. So far Simplis-Barrow has gotten three rounds of Chemotherapy, her hair has fallen off, suffers from constant headaches and often is too ill to leave home.

Mrs. Barrow commented to Belize Media that she has her good and bad days but is staying strong and being positive.  “I will leave on Saturday again and will do my Chemo session on Tuesday and I guess after that its downhill from there,” stated Mrs. Barrow to Belize City Media. “You just take it one day at a time really and know that every session that you take is a step closer to being healthy. It's hard but it's a step closer to being healthy and that's the positive. You have to stay positive; you have to stay focused on that. You are looking forward to that day and that's what I am doing; looking forward to that day."

Despite having to battle out this sickness a brave Mrs. Barrow is doing her best to keep up with her duties as Special Envoy for Women and Children. She was present at the Lions Clinic in Belize City on Thursday, January 12, 2012, along with the Taiwanese Ambassador where they handed over 60 wheelchairs at the Lions Clinic.

The handing out of these wheelchairs was part of a large donation of 250 wheelchairs valued at $40,000 courtesy of the Pusian Foundation in Taiwan. Also receiving wheelchairs were The Karl Heusner Memorial Hospital (25 chairs), Stella Morris School (5 Chairs), Care Belize Clients in Corozal and Orange Walk (12 chairs), Benque Residents (8 chairs), and VOICE organization received 10 chairs for the elderly of Belize.

During the handing over of the wheel chairs, Ambassador David Wu stated that his government was pleased to support provision of the wheelchairs and will also be donating $200,000 US dollars towards an “Inspiration Center” that is the brainchild of Mrs. Barrow. The Inspiration Center will provide various therapy and basic healthcare to person with disabilities.

Mrs. Kim Simplis-Barrow left on Saturday, January 14, 2012, for her fourth round of Chemotherapy. At the conclusion of the chemotherapy, Simplis Barrow will have to undergo a mastectomy since two tumors were discovered in her left breast. 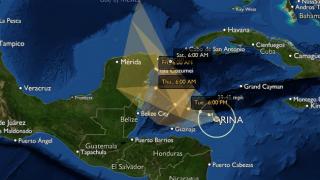 All Eyes on Tropical Storm Rina 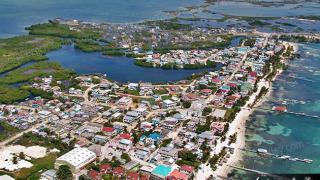 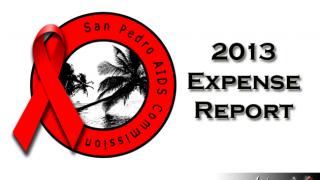