Belize has garnered lots of international coverage and attention with famous television shows and series such as Temptation Island, House Hunters, Andrew Zimmern – Bizarre Foods, Man vs. Wild and most recently one of the hottest TV shows, ABCs The Bachelor. Well this time Belize will be featured once again in an international TV show – Ghost Hunters International on the SyFy channel.

The Belize episodes of Ghost Hunters International will premiere this month! First on March 7 at 8pm Belize/9pm EST, the GHI team investigates Actun Tunichil Muknal cave system. Local guides and visitors have experienced plenty of paranormal activity in the cave... is it the ghost of the Crystal Maiden? Then, on March 14 at 7PM Belize/9pm EST, GHI investigates the ancient Maya site of Cahal Pech in San Ignacio.

The Ghost Hunters International team, Barry FitzGerald, Kris Williams, Joe Chin, Paul Bradford, Susan Slaughter, and Scott Tepperman, were investigating in Belize for about two weeks. Although he team members may not be able to reveal anything specific about their investigation such as location or paranormal happenings, Scott Tepperman of GHI posted the following on his facebook page: “These two cases in Belize have been absolutely awesome, but very crazy - and dangerous. You guys will love 'em!!!”

Remember to tune in to SyFy (San Pedro local channel 58) this coming Wednesday, March 7 and Wednesday, March 14, 2012 to watch some paranormal activities taped at the ATM cave and Cahal Pech Maya Site by Ghost Hunters International. 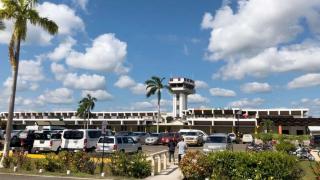 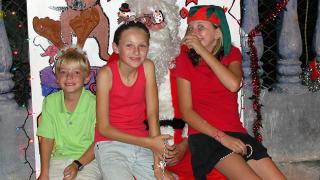 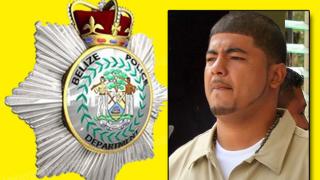