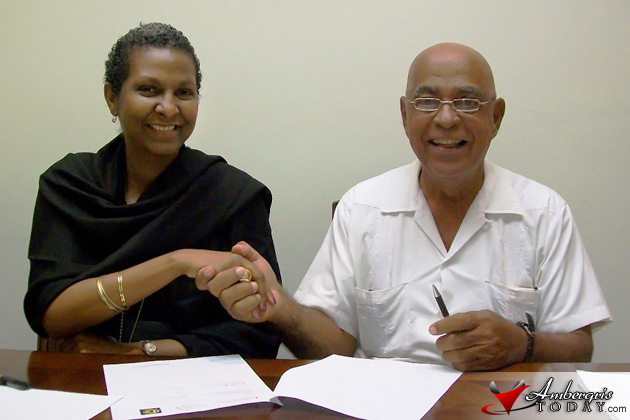 On Tuesday, October 2, 2012, the Republic of China (Taiwan) Ambassador to Belize, H.E. David C.K. Wu, handed over a cheque for $200,000 to Special Envoy for Women and Children, Mrs. Kim Simplis Barrow. The donation represents half of the funds pledged by the embassy and government to the Inspiration Center project in 2011. This first portion of the donation was released to coincide with the start of construction of the Inspiration Center.

On Friday, September 28, 2012, Mrs. Barrow and CARE-Belize Director, Mr. Evan Cowo, signed a letter of intent awarding to contract for the construction of the Inspiration Center to Usher Construction. Mr. Robert Usher, Proprietor of the construction company, estimates that it will take approximately a year and 1.8 million dollars to build the center.

Mrs. Barrow and Mr. Cowo express their gratitude to the Taiwanese government for their continued generosity to this project and to Belize. That full pledge of $400,000, along with the proceeds of the Inspiration Telethon made it possible for the Inspiration Center project to advance with its construction phase.

The Special Envoy office would like to thank all those who contributed to the Inspiration Center. That support, whether big or small, will directly enhance the life of children with disabilities in Belize! The fundraising for this project continues as approximately a million dollars more is needed to complete construction as well as to equip and furnish the center. As such, the office is already planning its second annual telethon, scheduled for June 1, 2013, and is once again teaming up with McNab Designs to produce a yearly agenda, the proceeds of which will go towards the Inspiration Center. 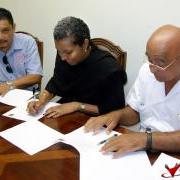 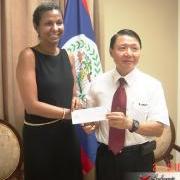 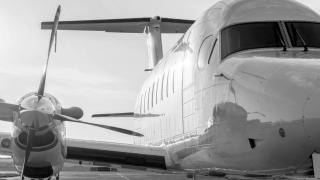 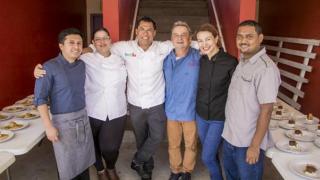