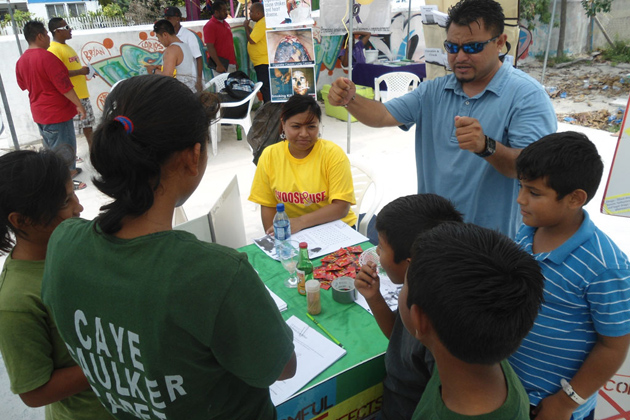 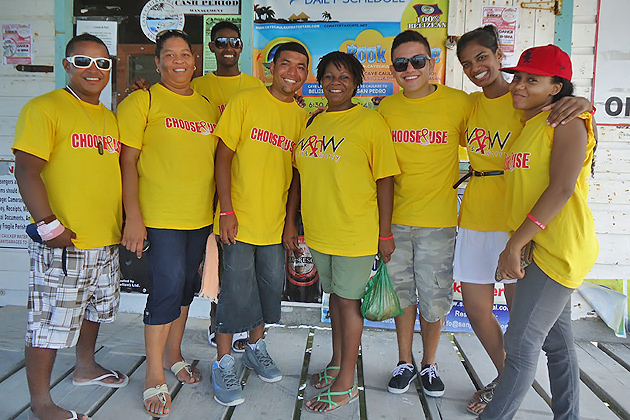 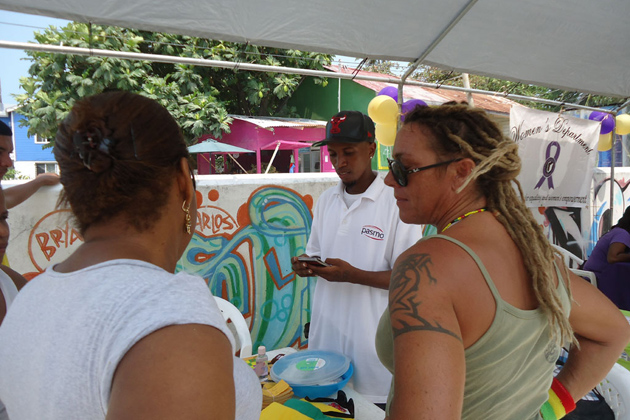 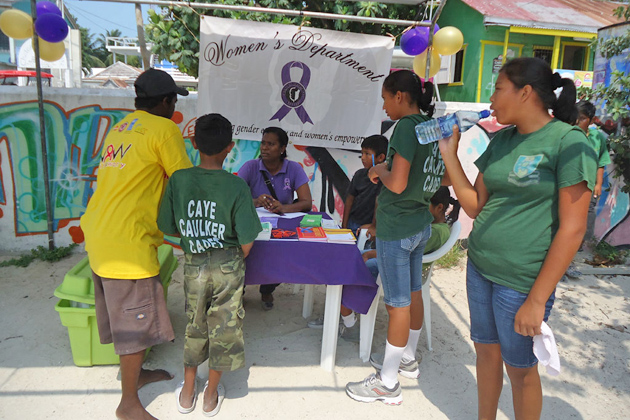 Further to this, the fair offered free first base testing such as Body Mass Index testing, Free HIV Testing with Pre and Post-test counselling, HIV Awareness, Breast Check UP, Drug and Alcohol Abuse Information, Down Syndrome Information, Mental Health Services and Blood Sugar Check amongst others.

Residents of Caye Caulker took advantage of the fair and all the services and with music provided by Amador Magana of Caye Caulker, the court was soon bustling with residents receiving services.

According to Chair for the NAC Island Committee, the organizing body, Dennis Craft the fair was a huge success. “With HIV testing being held between the hours of 11a.m. and 1p.m., the nurses were able to conduct 38 tests and issue results to these individuals. That right there is a huge success. This means that there are 38 more individuals in Caye Caulker that are aware of their status. Apart from conducting HIV tests, the contributing agencies were able interact with each other while imparting valuable information of services available either through the Ministry of Health or Non-Governmental Organizations.”

In ending, the coordinators would like to extend much thanks to all the Partners in HIV that participated as well as sponsors. Much thanks to Caye Caulker Water Taxi, Cay Caulker Village Council, Tropical Paradise Hotel and Restaurant and Mr. Ramon Nunez Sr. and Jr., Brandy DeAngelo of Luna Loca, USAID|Central America Capacity Project, Reef TV and the Minister responsible for Belize Rural South – Hon. Manuel Heredia Jr. Minister of Tourism and Culture. 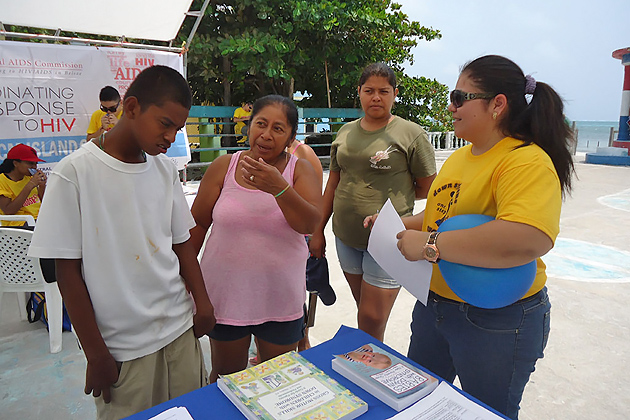 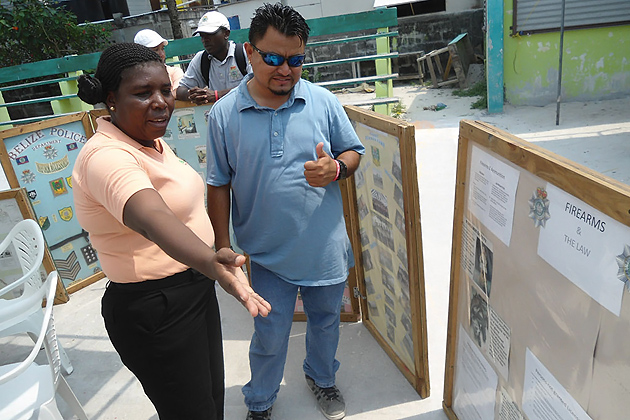 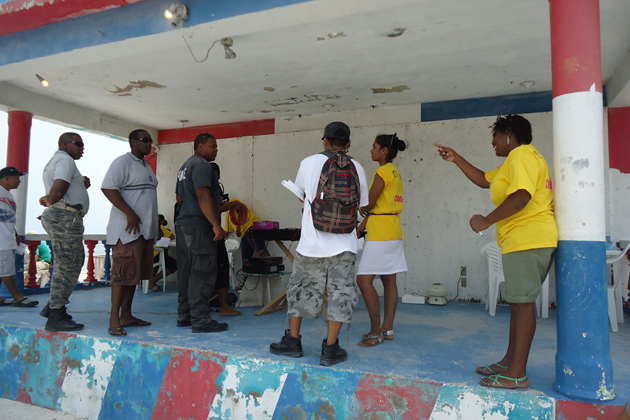 Individuals wait to get tested by the NAC CCM Island Committee 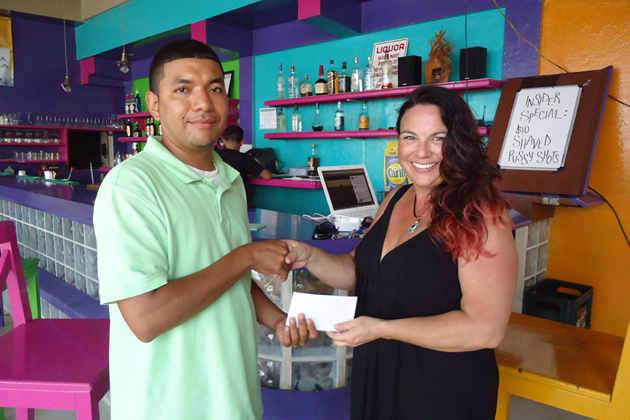 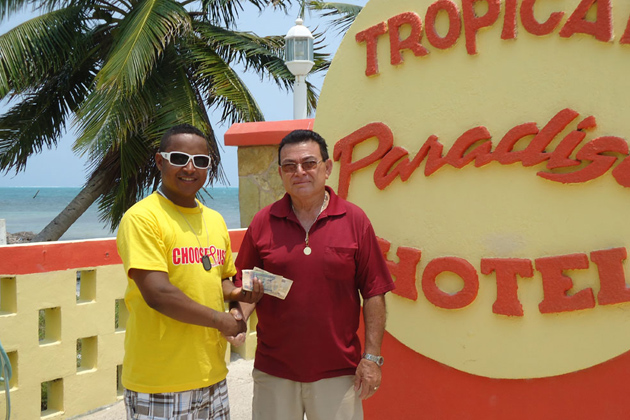 We are a limb of the National Aids Commission (which is the only entity in the country sanctioned by the Belize Government to work in the Response to HIV) and as such we follow the guidelines established in the NAC's National Strategic Plan.

Our vision is: "By the end of 2012, Belize will have continued to reduce the number of new HIV infections; extended the length and quality of life of people with HIV and their families; significantly reduce discrimination against persons vulnerable to HIV; and effectively coordinated a multi-sectoral response which is human rights based and gender responsive." 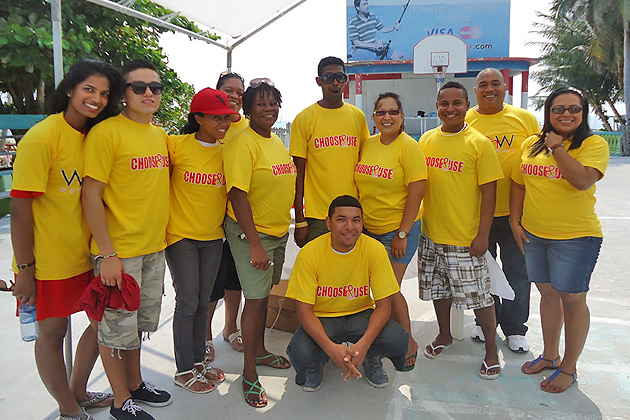 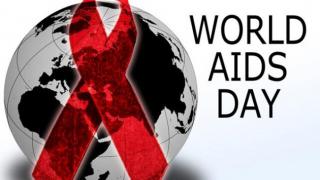 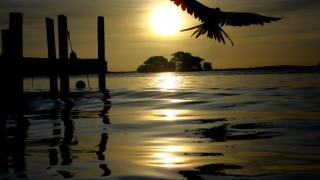 The Sun Sets in all its Glory 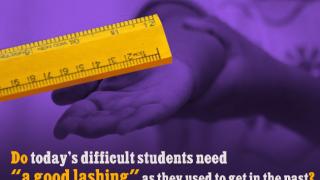 Difficult Students (From Challenges to Solutions)