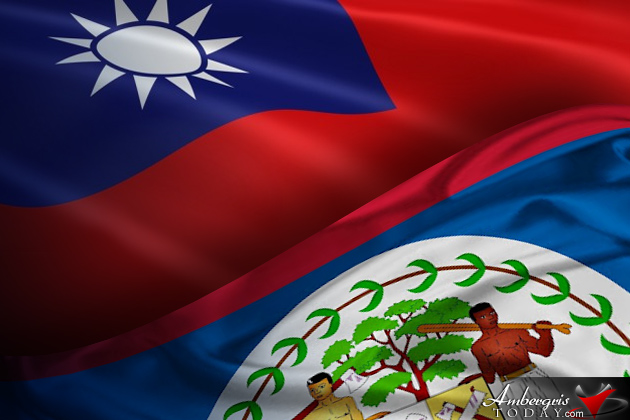 The Republic of China, Taiwan Continuous Support to Belize

Medical Delegation from Republic of China, Taiwan Visits Belize - Belmopan. August 20th, 2013. A 7-member medical delegation from the Republic of China, Taiwan visited Belize as part of a Health Project Identification Mission for nine (9) days from August 10 to 19th. The delegation was headed by President Chu Shuhsun from the Humanitarian Assistance Department of the International Cooperation and Development Fund (ICDF).

The primary purpose of the mission was to get a better understanding of Belize’s public health system and programs and to identify areas in which specialists could help to enhance the health care services in Belize. During their visit, the delegates held discussions with officials from the Ministry of Health and visited hospitals and clinics around the country. They were especially impressed by the mother and baby- friendly breast feeding initiatives of the Ministry of Health and by the Belize Health Information System.

The MOH and the delegates from Taiwan confirmed that possible areas of future collaboration include treatment of chronic conditions such as heart disease and kidney disease – also emergency trauma cases following road incidents or violent crimes.

The Minister of Health, the Hon. Pablo Marin thanked His Excellency and Ambassador of Taiwan to Belize David Wu for facilitating the visit which demonstrates the continued excellent partnership in health between Belize and the Republic of China, Taiwan. 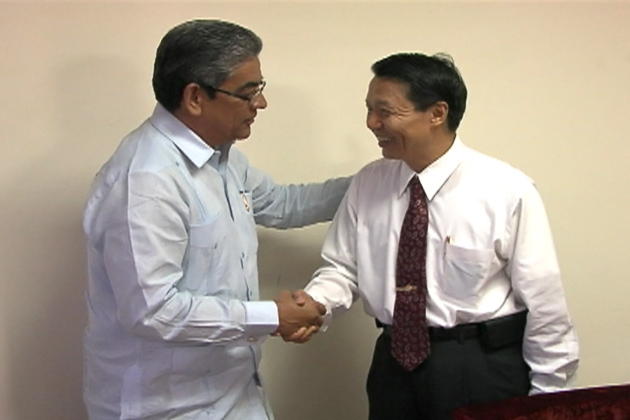 Belmopan. August 20, 2013. The Republic of China (Taiwan) donated $651,725 USD to the Ministry of Agriculture for the GOB-ROC (Taiwan) Aquaculture Project.

The check was presented by ROC (Taiwan) Ambassador His Excellency David Wu to Deputy Prime Minister and Minister of Natural Resources and Agriculture Hon. Gaspar Vega. This was the second donation given toward the tilapia project, which is to be five-year long project that will cost approximately $5 million BZ.

The donation will be used for the construction of a hatchery center for tilapia farming at Central Farm. The project is to provide male tilapia fingerlings to small- scale farmers around the country. Thus far, over 60 farmers have benefitted from the project and the long-term goal is to assist around 200 farmers.

Deputy Prime Minister Vega, speaking on behalf of the Government of Belize and tilapia farmers, expressed his gratitude for the donation as it will enhance the tilapia hatchery and tilapia farming in Belize. His Excellency Ambassador Wu stated that the hope for the centre is to produce one million fingerlings to be supplied to farmers of Belize and produce more of the fish in the future. 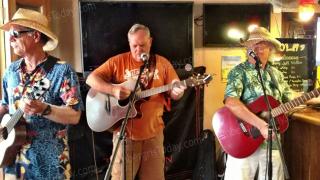 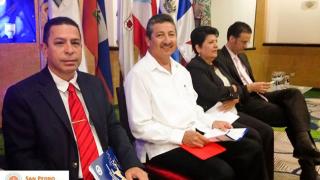 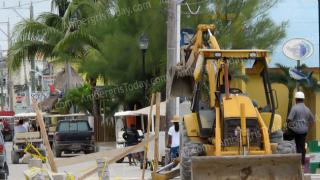