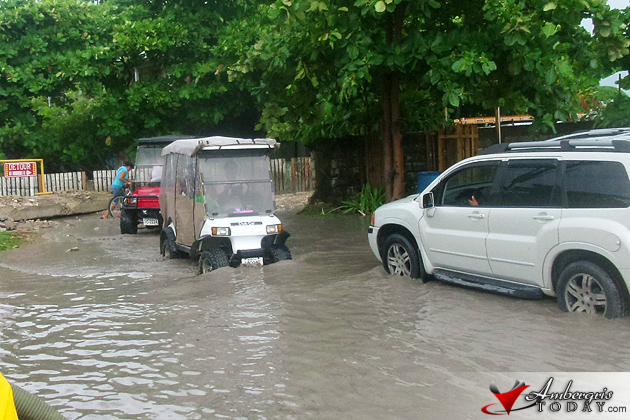 Island residents expected a weekend of fun in the sun but all that changed as a tropical wave formed just off the coast of Belize and dampened everyone’s spirit. The tropical wave crossed the country and brought along with it a lot of rain and heavy winds.

According to the Belize Rural South NEMO office, San Pedro and Caye Caulker experienced minor flooding due to the tropical wave that was affecting the country. An assessment was conducted on Saturday, August 24, 2013, by officials and Councilor Kenrick Brackett and revealed that damage was minimal. Major flooding was also reported around the country.

In San Pedro, Ambergris Caye, there was beach erosion, water under some houses, water in streets due to pot holes and no proper drainage, water running across streets due to close proximity to the lagoon, and water in some homes due to street improvement. Several room rentals were flooded and tenants had to find refuge elsewhere.

Operations officer of Caye Caulker NEMO, Mr. Phillip Guizar reported that there were no damages in the village. 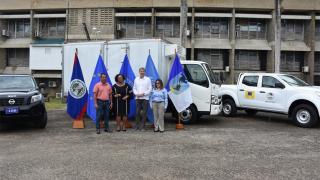 Pick Up Trucks Donated to Belize Ministry of Health 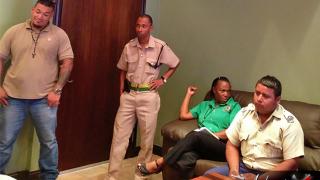