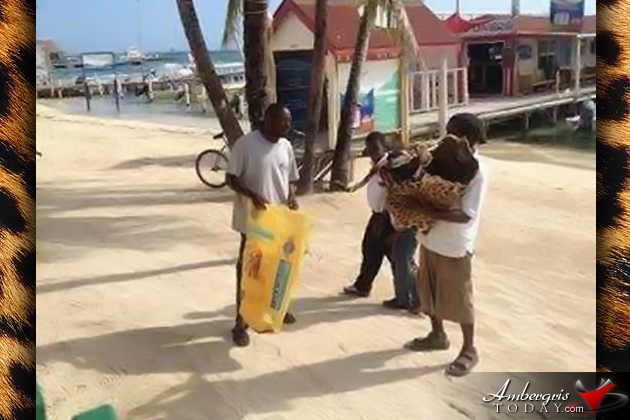 With the assistance of concerned residents, visitors and authorities the San Pedro Police Department was able to confiscate the hide of a jaguar that one man was attempting to sell on the island of Ambergris Caye, Belize.

The Belize Wildlife Conservation Network was quick to act once they spotted a post on Facebook of a man obviously attempting to sell the hide of a jaguar on the beaches of San Pedro Town. The San Pedro Police Department mentioned that they had already received several reports, accompanied by images, of this such action. Being an endangered species and a protected animal in the country of Belize, authorities set to action.

With the help of residents and the pictured being shared on social media, the authorities were able to remove the jaguar hide off the streets just two days after the reports were posted online. Wildlife officials indicate that the hide quite possibly was that of an adult jaguar over four feet long.

San Pedro Police say that they were able to locate the hide carefully hidden in an empty lot, unfortunately no one was located in the area and no arrests could be made. The man who appears in the picture attempting to sell the jaguar skin is still being sought by authorities.

It is unfortunate that there is a black market available for the skins of these endangered and precious animals. The Wildlife Protection Act of Belize state that it is illegal to hunt, capture and be in the possession of any part of these such animals. 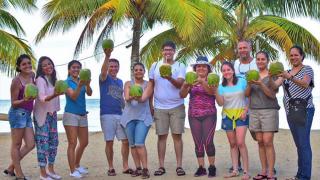 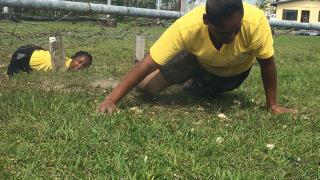 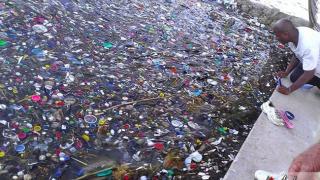