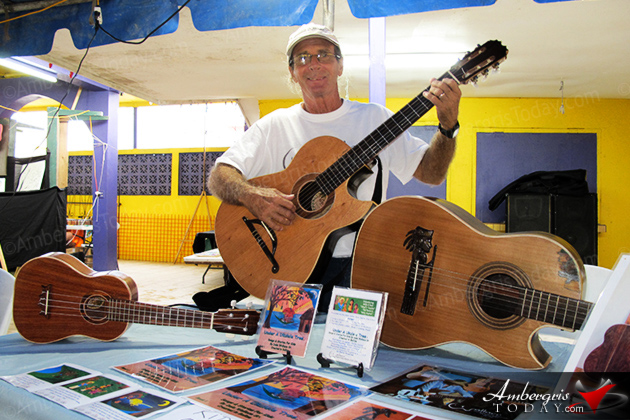 Local Belizean artist, entertainer, musician and luthier (guitar maker), Dale Wallace Sr. of San Pedro, Ambergrs Caye, has officially released a children’s album that is both a sing-along and instructional piece that teaches the guitar chords to the songs.

Entitled ‘Under the Ukulele Tree’, this unique, illustrated and booklet album was created, recorded and produced in San Pedro utilizing the diverse talents of local artist. Dale Wallace capitalized on the skills of these other artists to put together a fantastic album. Melody Sanchez Wolfe painted the front cover, Perlita Zapata helped create the "Ukulele Family" and produced the illustrations that depict the verses of the title song, Dale Wallace Jr. did the recording engineering at his Rebelution Studios, Wil Nuñez produced the keyboards and percussion tracks, while Luis Zapata at Designing Solutions contributed to the printing of the labels.

The sing-along songs include Under a Ukulele Tree, Big Fat Lake, and A Barrel of Monkeys. There is also a lullaby called Sophias' Lullaby that is dedicated to Dales' granddaughter. Wallace says that the main focus of this first album compilation is to encourage children to develop their imaginations and unique talents.

“This is a children’s album, however adults are allowed to enjoy it under kids’ supervision,” comments Dale Wallace. 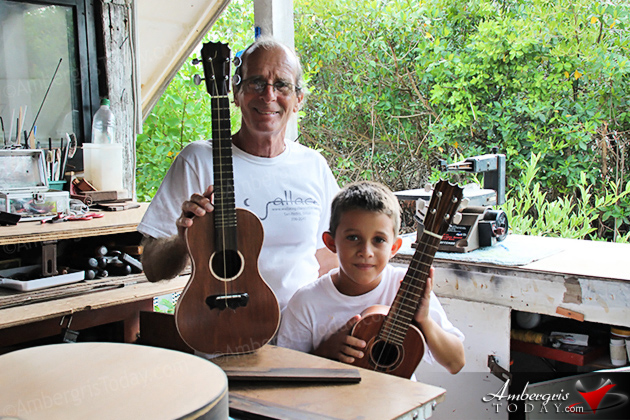 Dale recalls how the album came about.
“I had just completed crafting a ukulele for my friend Marlene Deusch, a visitor who comes to visit every year with the Jerry Jeff Walker group. My granddaughter, Ashlee asked me where I got it from, so I said from the ukulele tree; that's where they grow in case you didn't know. Those words turned into a song, which then became the full album of songs. Now it has become a project including songs and stories for kids, and introduces the ‘ukulele family’, the ‘monkey business boys', the singing parrot family, an imaginary Secret Cove, and an imaginary tree where the ukuleles play as the wind blows over the strings and other characters.”

Under the Ukulele Tree is being produced locally in limited quantities for $20.00 Bz. For information please contact Virginia Wallace "China' at 621-6514, Dale Sr. at 206-2445. E-mail wallaceguitarsbelize@yahoo.com , or www.wallaceguitarsbelize.com 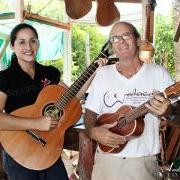 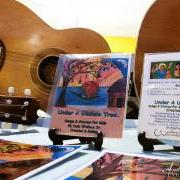 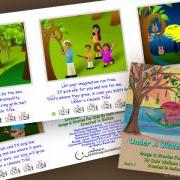 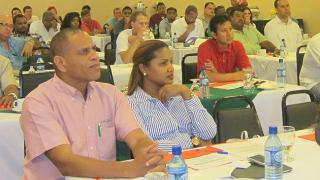 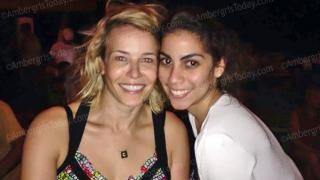