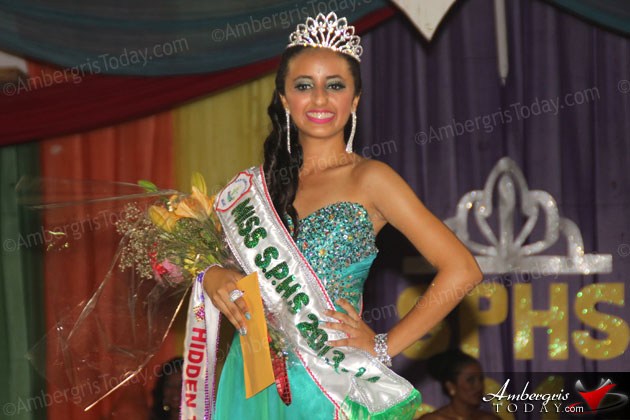 Eight lovely and intelligent contestants, a jam packed auditorium, an ecstatic cheering audience, and a lively spirit of friendly pageantry completion, San Pedro High put on its greatest spectacle ever on Saturday, June 1, 2013.  Ambergris Today was invited to be there and brings to you the highlights of the spectacular event.

This was followed immediately, now to a highly enthusiastic crowd, with a dance performed by outgoing queen Miss Arleth Lima accompanied by Ismael Kay- a dance that can only be described as ‘Wow’. The stage was then graced by the second appearance of the beauties in their beachwear. This is always a much awaited segment of all pageants, but this one awed the audience with the girls spontaneously stepping off stage and modeling amidst the audience who could not stay on their seats. 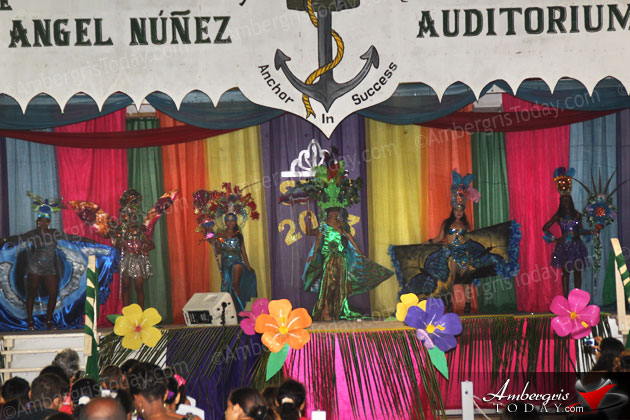 Of course there had to be the presence of the San Pedro Dance Academy who, as usual, impressed the audience with their stunning performances. A beautiful Chinese girl dancing Punta had to be the item most appreciated. Talk about new and highly enjoyable segment of the pageant, the eight high school girls modeled and described their Professional Wear coming out as a fire fighter, forensic specialist, lab technician, international pilot, forensic doctor, among others.

The next appearance of the contestants in their radiant Fantasy Costumes has been described by an appreciative audience as ‘awesome’. The beauties modeled the black orchid, the blue hole, flora and fauna of Belize, Maya Goddess and the Blue Morpho Butterfly.

After three hours of very close competition and a very vocal and vivacious crowd, the girls finally stunned the audience with their evening wear. At this point the host of the program, Maestro Angel Nuñez, and Past Miss San Pedro High Solani Graniel interviewed the girls who responded magnificently and intelligently to all question- no nerves, no stammering, no staring up blindly at the sky. Judges Maribel Gomez, Eiden Salazar, Enrique de Leon, Marion Mejia, Tatiana Rivero, and an honorary judge from Honduras all looked and listened intently before putting their scores on paper. Everyone at this point was predicting a four way tie for first place.

“But it ain’t over til it’s over”!  Before the announcement came from the Atlantic Bank staff tabulators, Julianne Ferguson and Roberto Pasos, the now ‘desperate for results crowd’ were delighted by a dance/show performance that was described by the emcee as “competition for Grupo Crash from El Salvador, who delights the Costa Maya attendees every year. Mr. Jade Belize Alexander and his friends of young men and ladies stunned the crowd with electrifying moves and then announced in interview that it is indeed a new dance group for San Pedro. 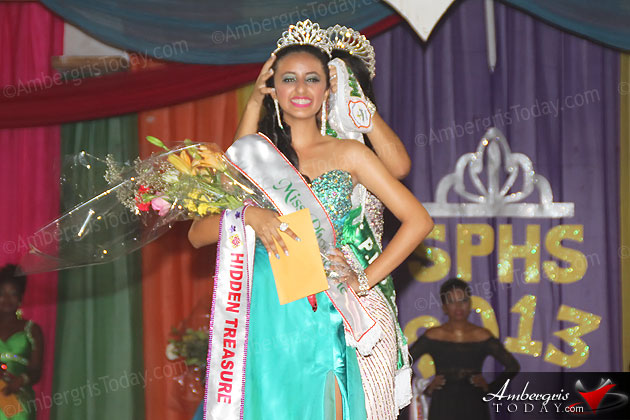 With this after almost four hours of enthusiastic competition and cheering, Miss San Pedro High 2013- 2014 was crowned and the stage was flooded by fans, family and friends who congratulated a vibrant, intelligent, and lovely winner.

It was the best show ever put on by San Pedro High; congratulations and appreciation must go to all persons who helped particularly PTA President Ms. Ines Anderson and Teacher Mr. Renison Crawford who worked tirelessly to put on a spectacular event and raised much needed funds for SPHS. The only question that remains now is “When is San Pedro High School’s next show? 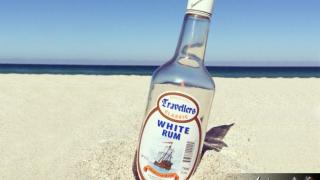 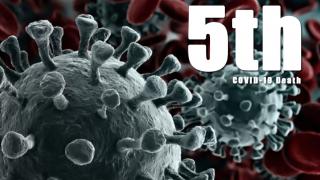 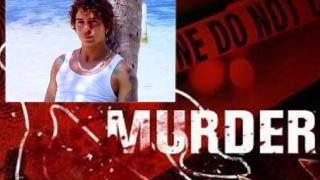