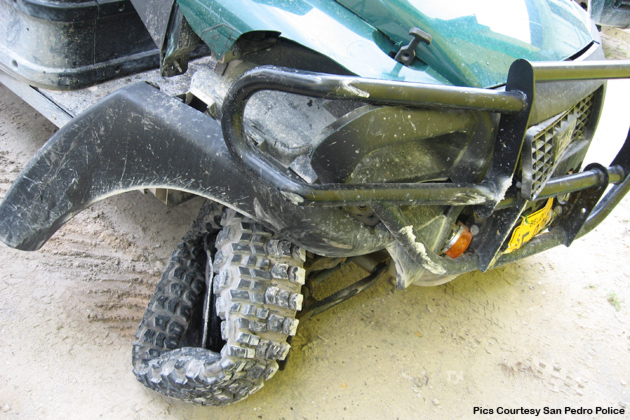 A traffic accident involving a Government of Belize vehicle has left two persons injured after the Polaris crashed into a fence. The San Pedro Police found themselves involved in a car chase trying to detain the driver of the Polaris along with two other passengers. The accident occurred at the corner of Caribeña Street and Barrier Reef Drive in San Pedro Town in the wee hours of Friday, August 30, 2013.

According to San Pedro Police, at about 2:30a.m. a team of police officers were on a routine mobile patrol at Central Park when they observed a Polaris slam into a parked golf cart belonging to Mrs. Atlantida Eiley, then reverse and hit the fence at Heritage Bank and fled the scene. The mobile patrol then set chase after the Polaris and it was down the street that they saw the vehicle hit the building (Pelican Properties Office) on the corner of Barrier Reef Drive and Caribeña Street.

A female passenger was thrown out of the vehicle and fell to ground; the driver fled from the scene. Police intercepted the vehicle on Pescador Drive just in front of the San Pedro Police Station. The Polaris was being driven at the time by 30-year-old, Matias Cunil, employee of Belize Agriculture Health Authority (BAHA), resident of Succotz Village in the Cayo District.

Police found the female in an unconscious state; she was identified as 19-year-old Julia Mejia, Belizean waitress. Mejia received injuries on her left leg and knee, mouth, head and had a severed ear. She was taken to the Dr. Otto Rodriguez Poly Clinic for medical treatment and due to her serious condition she was later transported to the Karl Heusner Memorial Hospital where she is a serious but stable condition and in need of reconstructive facial surgery. The other passenger was Geovanni Guerra a local tour guide who ended up with a fracture on his right arm.

The driver of the vehicle, Matias Cunil, was formally arrested and charged for driving a vehicle without due care and attention, driving motor vehicle with alcohol above the prescribed limit and has two pending charges of negligent grievous harm caused on Mejia and Guerra. 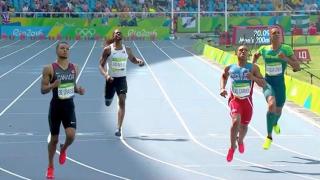 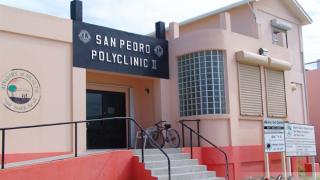 Expansion of Services at The San Pedro Poly Clinic 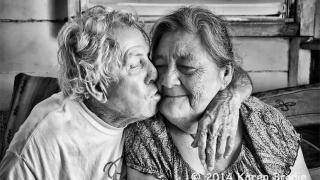