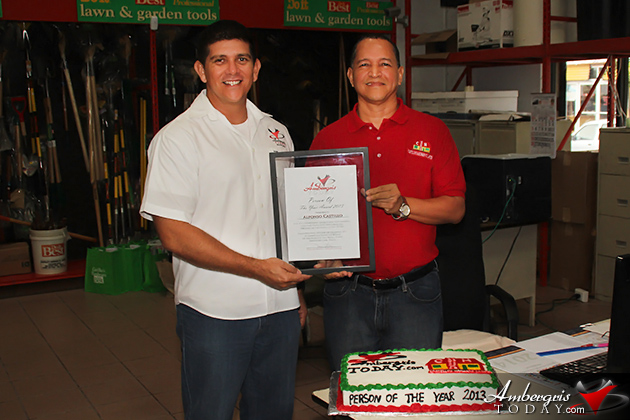 “In every job that must be done, there is an element of fun. You find the fun and -SNAP- the job is a game.” This quote by Mary Poppins is exemplified by a businessman of San Pedro who buries himself into his profession in mind, body and spirit. The motto of his business firm is “Do It Best” and that is exactly how he lives his life, manages products and services, and deals with customers and the community. It is because of this and more that Ambergris Today is pleased to announce and honor Mr. Alfonso Castillo as the Person of the Year 2013.

Mr. Alfonso Castillo epitomizes a role model family man - father and husband, leading the way in their moral, social, educational and emotional upbringing. Obviously he leads the way not in words but in his actions and to see his entire family anchored in success and in family unity indicates that he is doing a formidable job in their upbringing.

The name Castillo’s Hardware is synonymous with Mr. Castillo and that is because whenever you enter this reputable store, the first person you see is Mr. Castillo greeting you warmly. And likewise the last person you will see is the same Mr. Castillo thanking you for patronizing his business. He is one of the very few Sanpedrano businessmen, if not the only one, who is at the forefront of the business rather than locked up in an air conditioned office and out of reach with the customers. Indeed he is proprietor, manager, greeter, customer service and public relations- all ingredients of success.

Mr. Castillo hails from Pomona Valley Stann Creek and became a friendly face in Ambergris Caye when he arrived on the island in 1995 and became manager of the Belize Bank San Pedro Branch. It was at this time that he created both business and personal friendships and established himself as a prominent businessman and resident of the island. 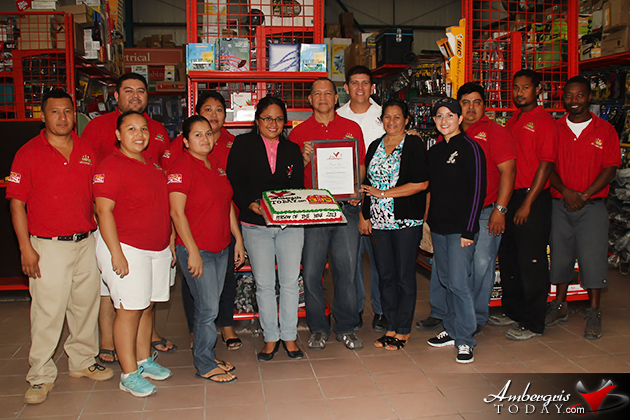 It was in the year 2000 that Mr. Castillo ventured as an entrepreneur and opened Castillo’s Hardware in San Pedro Town. His flourishing business saw the construction of the now large Do It Best Castillo’s Hardware building in 2002 and consequent larger storage facilities just south of town. His love for San Pedro grew throughout the years as he came to see the island develop into the tourism mecca that it is today.

The community has seen his business prosper and has come to trust and depend on his services and products that help develop the island. In return Mr. Castillo has given back tremendously to his customers and even more so to the residents of Ambergris Caye. Mr. Castillo is a generous man and never rejects assisting in community events and endeavors; he donates to local non-profit groups like the San Pedro AIDS Commission, Cancer Society, Lions Club, supports schools and schooling events, sponsors major events like the International Costa Maya Festival and has been sponsoring Miss San Pedro candidates since 2001.

If there is a parade or school event that needs a large truck, Mr. Castillo is always there to save the day. When have we not seen the Do It Best Castillo’s Hardware truck not involved in a parade? Mr. Castillo never rejects anybody coming to his business looking for help; he is able to assist in the best way that he can. Although in the quite side, Mr. Castillo is still a friendly and humorous man; he has even been active in giving educational talks at the local schools.

Mr. Alfonso Castillo married Ms. Elida Eck from Belize City and together they have three daughters Liliana, Candice, and Krystle, the youngest of whom is a graduate of San Pedro High School. 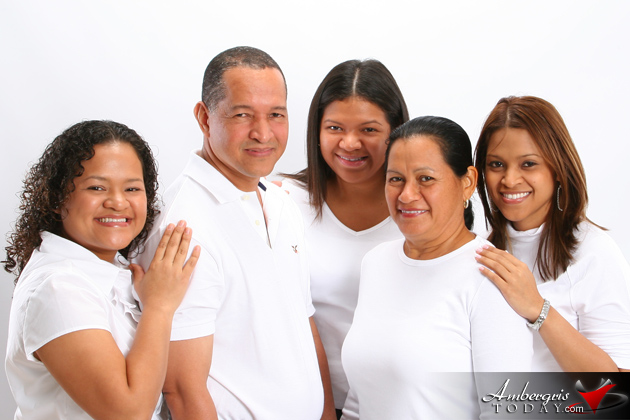 Though not born in San Pedro, Mr. Castillo easily adapted to island living and we are sure that Ambergris Caye has embraced him and his family as genuine islanders or Sanpedranos as we call them here. For his humble nature, philanthropic disposition, uprightness, and indisputable kind-heartedness, Ambergris Today salutes Mr. Alfonso Castillo, and on behalf of our community that has also grown to love and appreciated him, his family, and Castillo’s Hardware bestows upon him the PERSON OF THE YEAR 2013.  Given this 8th day of January, 2014, San Pedro Town, Belize. 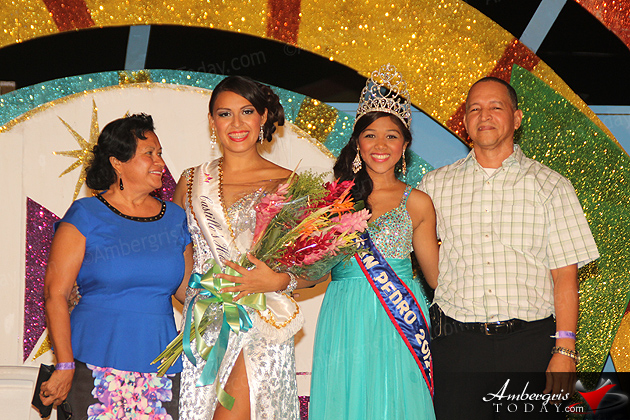 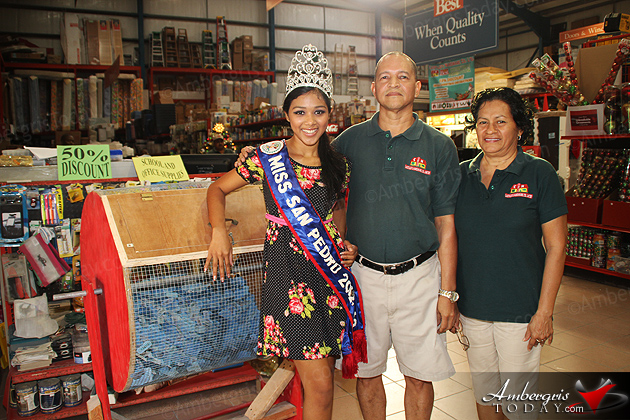 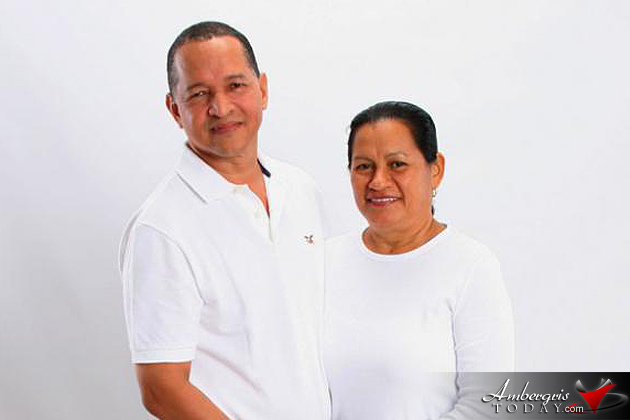 Always by his side, Mrs. Elida Castillo is a loving island personality as well 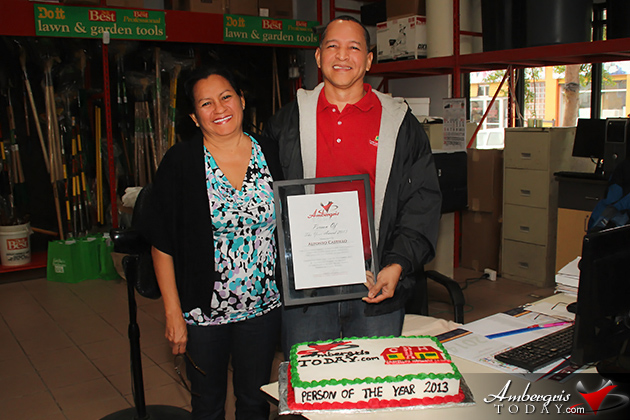 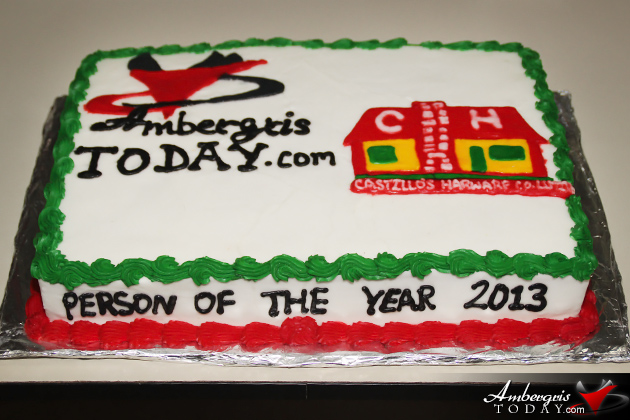 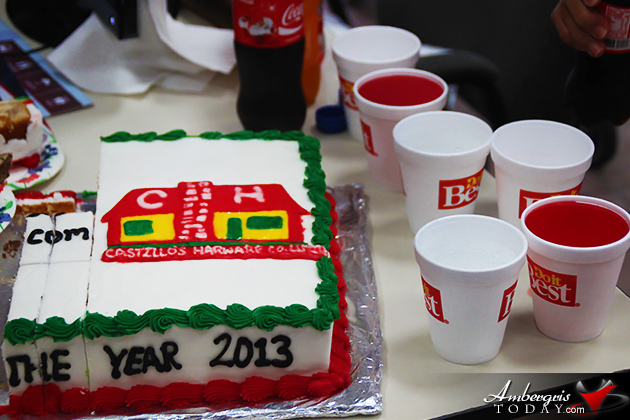 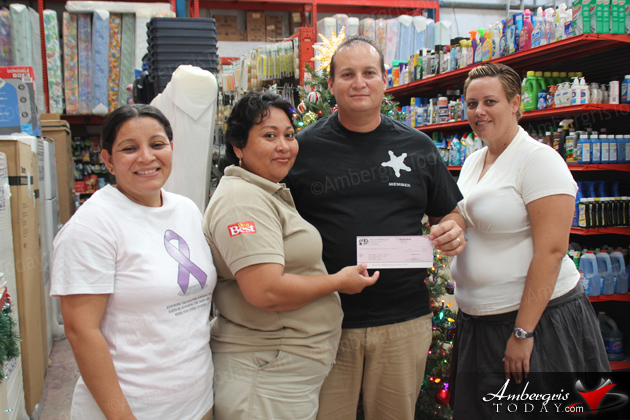 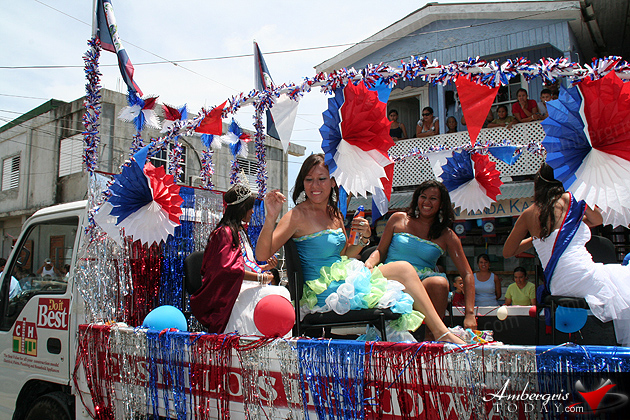 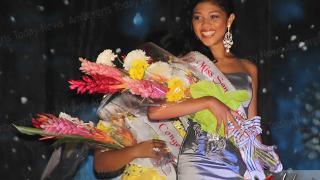 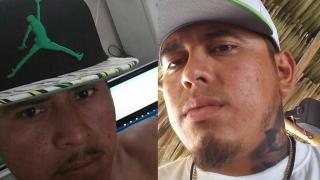 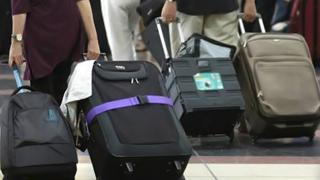