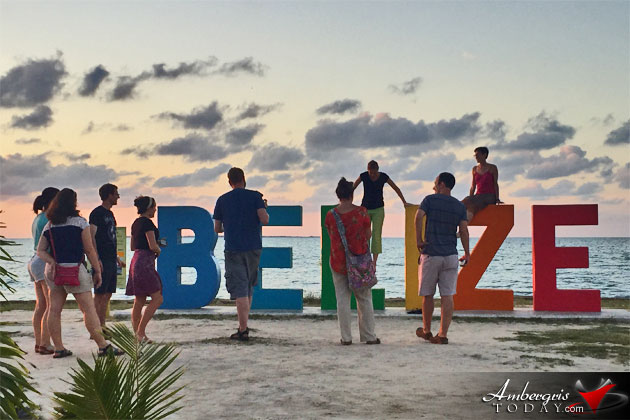 - Tourism Statistics for January - July 2015 - (Press Release, Belize Tourism Board, August 21, 2015) Tourist arrivals for January to July have begun to show improvements, with overnight arrivals showing a 1.6% increase in June, and 3% increase in July. Cruise passenger arrivals have shown an overall increase of 0.2%. 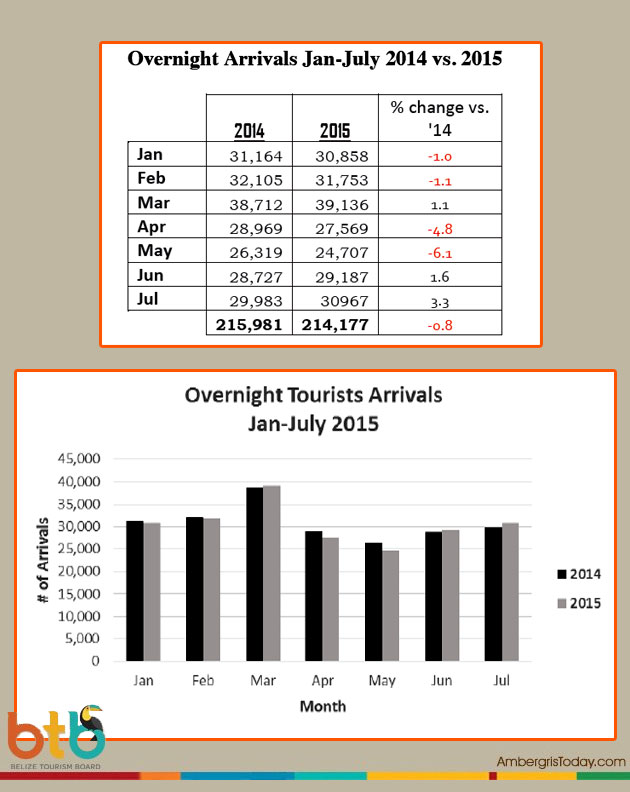 The 0.8% drop in cumulative arrivals through the first seven months of 2015, was partially attributed to the consistent decreases in the number of overnight visitors from the Canadian market. Statistical indicators have pointed to Canada's economy going through a downturn. Bob Michael stated (International Business Time) "The Canadian dollar fell to a three-week low against the US dollar on 30th June as data from Canada showed the economy contracted for the fifth straight month." 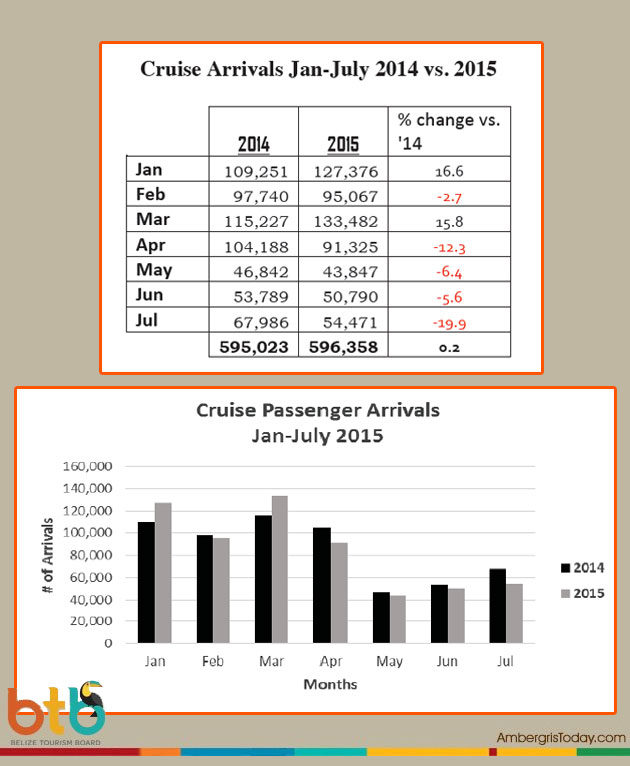 Cruise arrivals in 2015 have seen major increases in January and March, with 16.6% and 15.8% increase, respectively. February 2015 saw a slight decrease of 2.7% which resulted from the cancellation of two ships due to adverse weather conditions. It is important to note that 2014 was an outlier year in regards to summer months in the cruise industry, as deployments from other regions were redirected to Belize increasing the booking calls. The bookings for 2015 have maintained as scheduled and showed an increase of 0.2% cumulative.

The Belize Tourism Board projects that 2015 will see increase in overnight arrival numbers over 2014 and will continue to monitor global conditions, in the coming months. BTB is currently diversifying its marketing, working on marketing initiatives into South America and Europe. 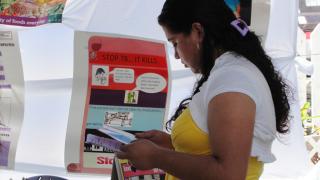 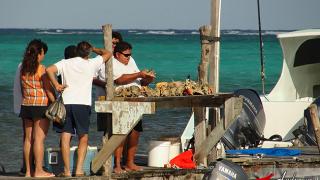 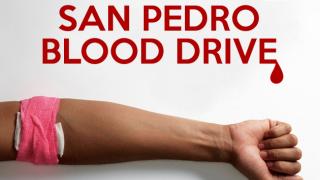