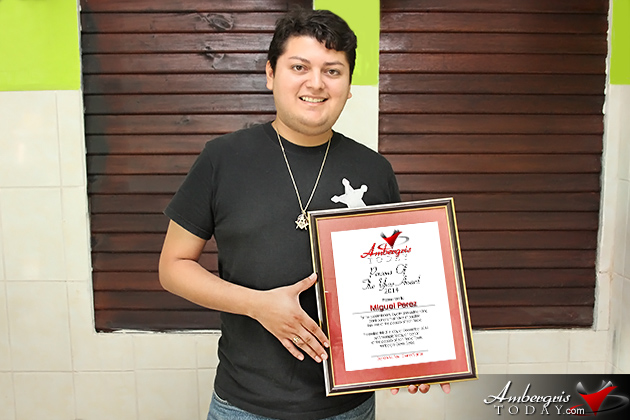 When a fisherman goes fishing, he tests several spots until he locates one that he considers a really good spot. And so it was this year at Ambergris Today where we asked several persons for a recommendation of a good PERSON OF THE YEAR, and the name that shone the most among a few other stars was that of Miguel Alberto “Migs” Perez. Indeed it is an honor to write a citation for such an honorable man who might not have the Hon. Title of Minister, but he certainly touches a lot of lives in his own humble manner.

We understand that even in his high school days, Miguel was the nucleus of his group leading in intelligent discussion and cooperative in his class projects. Miguel was not the acclaimed sportsman as many young men his age could be seen. However, even though he was not highly seen, he made his presence felt.

He was a leader even in his teenage days taking part in all school related activities whether they were projects, fund raising, social events and competitive academics. If someone needed a shoulder to lean on, there was Miguel. If someone was being blamed wrongly, Miguel brought light to the case. While many others were rushing to do sports or other physical club activities, Miguel joined his principal in the cooking club that was the last option for many but became a most popular club. 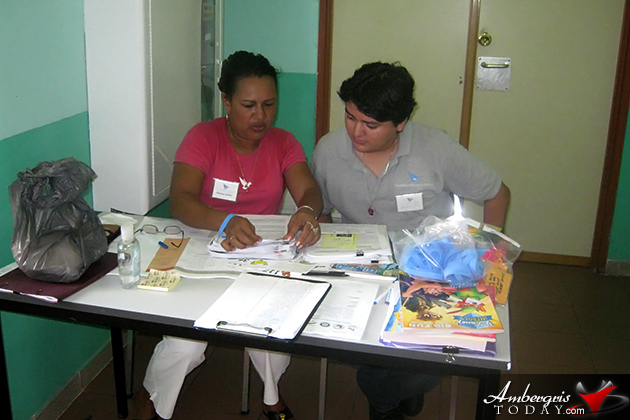 Miguel works with the World Pediatric Project in Belize City 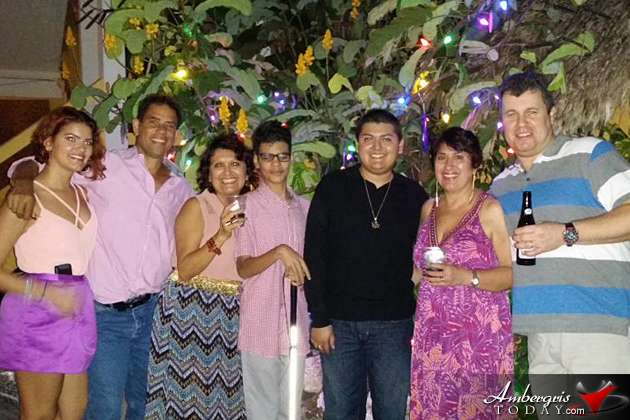 Right after graduation from Junior College, Miguel joined a relative of his in offering medical assistance to needy children needing plastic surgery through the World Pediatric Project. A vast number of children’s lives were touched through this organization while Miguel enhanced his passion for humanitarian services.

Today Miguel Perez is an active Lion and member of the San Pedro Lions Club where he further devotes more time and energy and his passion to assisting people who are less fortunate. Miguel is proud to sing the Lions song, “I’ve got the Lions Spirit” and he valiantly roars the Lions motto “We Serve”. He is a young man of not too many words, but a lot of action; although those close to him know how outspoken he can be. 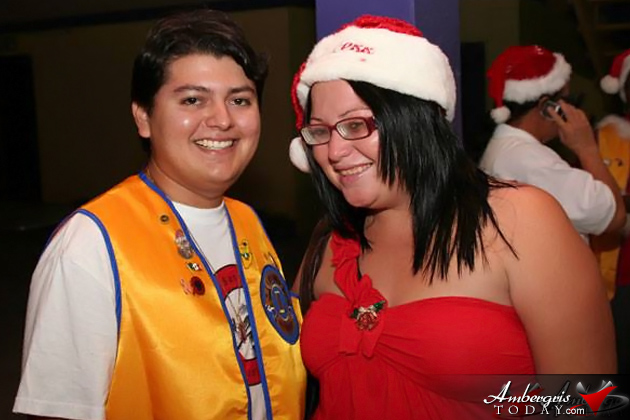 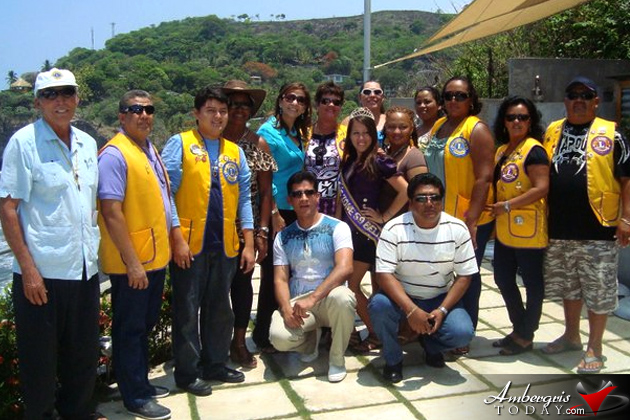 Miguel Perez, a full-blown philanthropist, sought to develop his humanitarian heart and expand his embracing arms for service to others. Unlike others who have touched the lives of people through shared fortunes of wealth, Miguel has done so with great success through his philanthropic and devoted willingness to ease human suffering and bring comfort to those suffering ailments combines with financial distress.

Without great sums of money and without governmental power, in his own humble manner Miguel has been able to touch hundreds of lives in this community through his humanitarian efforts in the San Pedro Cancer Society. It was two years ago that he joined the cancer society and through his dedication and leadership was appointed Chairman of that organization. It is through Miguel that scores, if not hundreds, of persons have been referred to for assistance in their ailments with cancer. He has been able to very nobly and humbly make the connection that offers support to those in distress. He offers them comforting words, hope, contacts, fund raisings, and serves as the liaison between the patient and the professionals. In the eyes of Miguel there is no San Pedrano or stranger, no poor or rich, no ethnic difference, no religious denominational differences. He only sees people with extended hands for help. He sees suffering that needs alleviation. He sees hope and smiles at the end of the tunnel. He sees love. 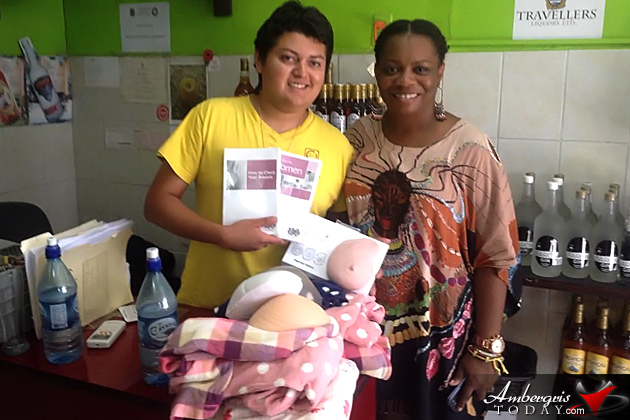 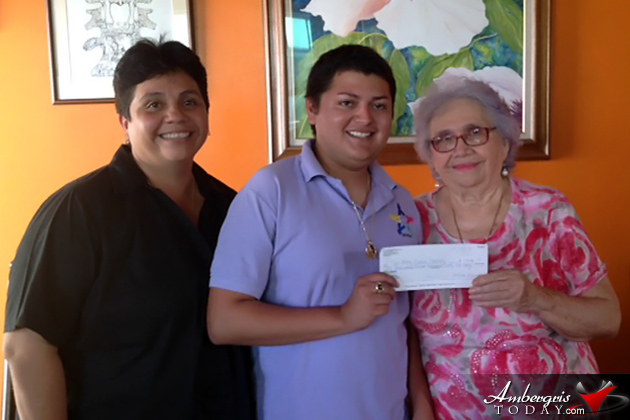 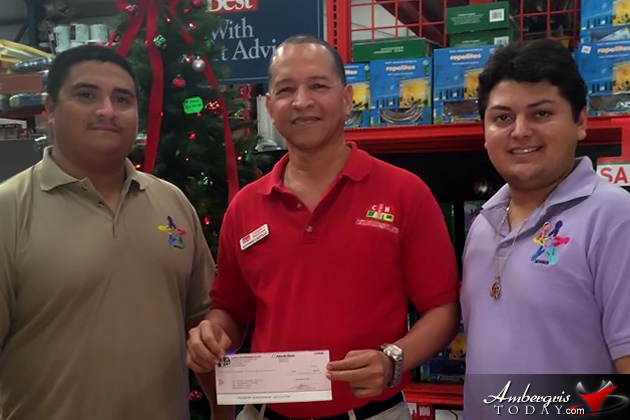 This is Miguel Perez. Many of you might not even know him because he does not like the spotlight. He works behind the scenes and after the crushing waves recede from the shore, you can see the footsteps. This is Miguel who has certainly left many footprints in the sand, many rivers of hope in the lives of this community he treasures as home.

It is with distinct pleasure and honor, on behalf of this entire community that Ambergris Today cites and awards Miguel “Migs” Perez, as PERSON OF THE YEAR 2014. 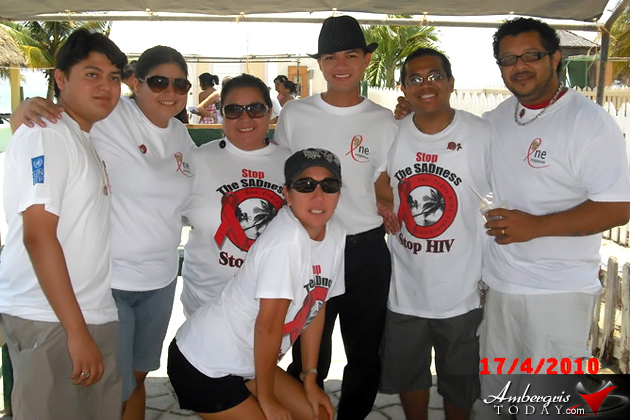 Before joining the Cancer Society, Miguel was also a member of the San Pedro AIDS Commission 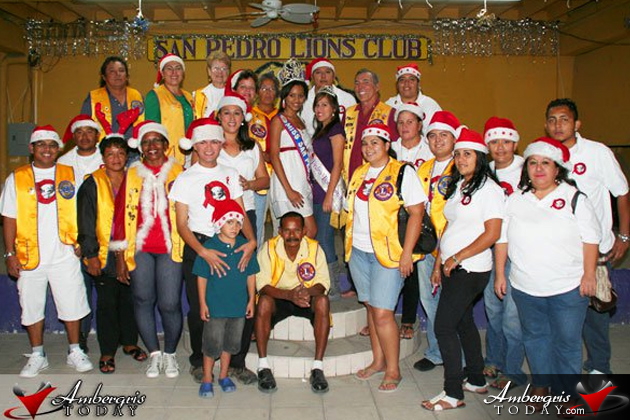 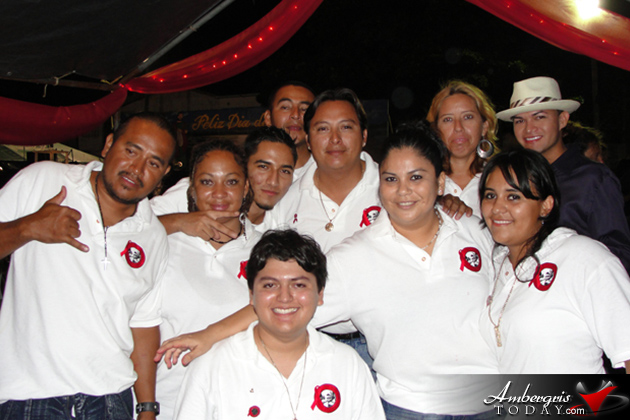 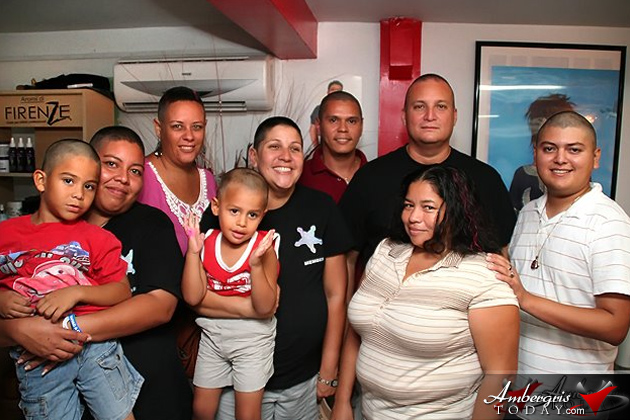 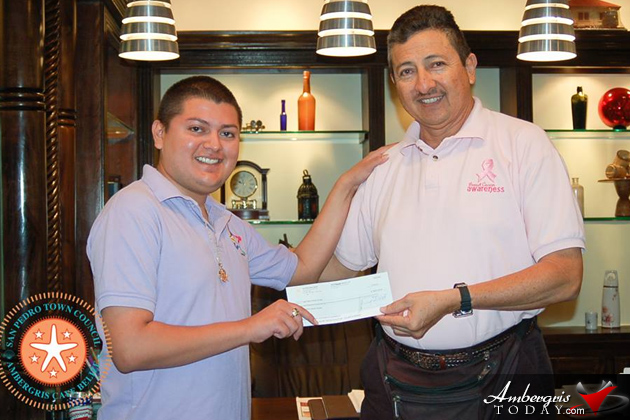 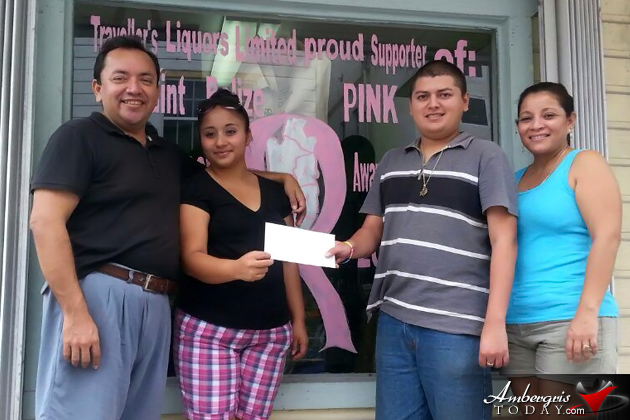 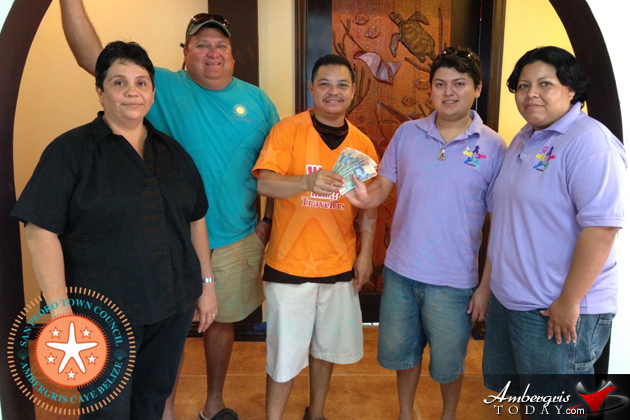 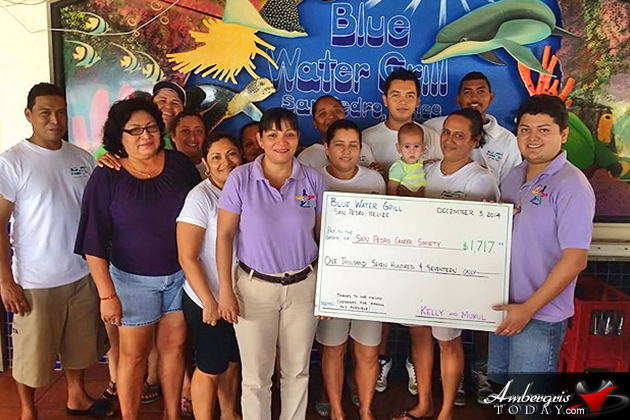 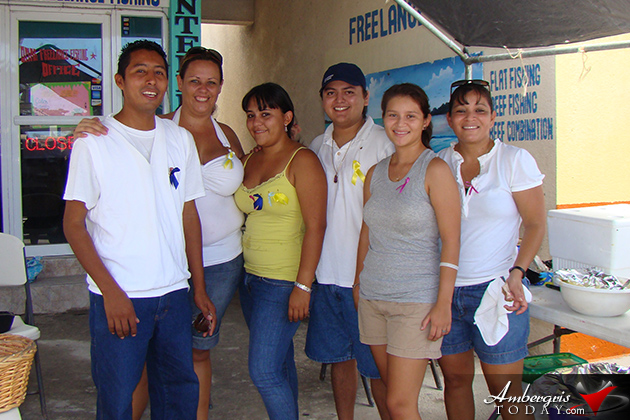 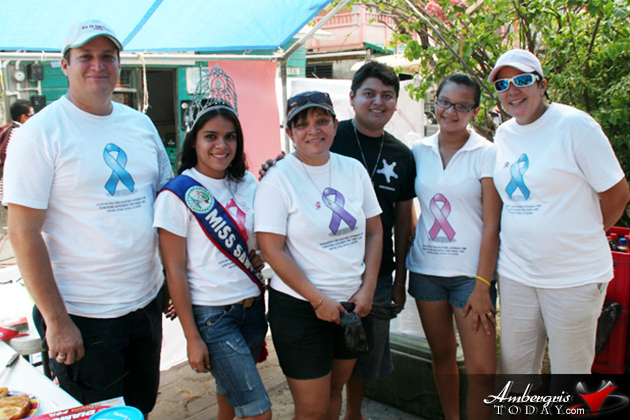 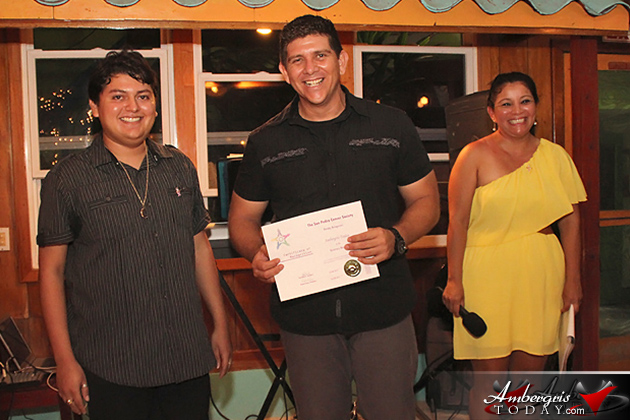 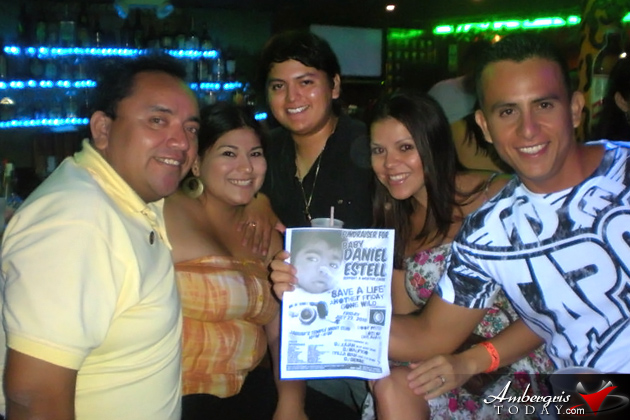 Beyond cancer awareness, Miguel finds time to assists in other community projects and causes 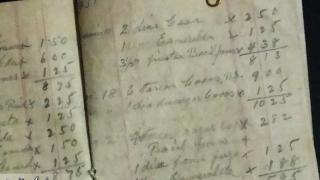 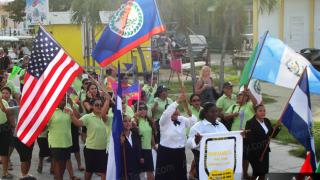 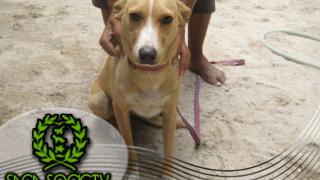