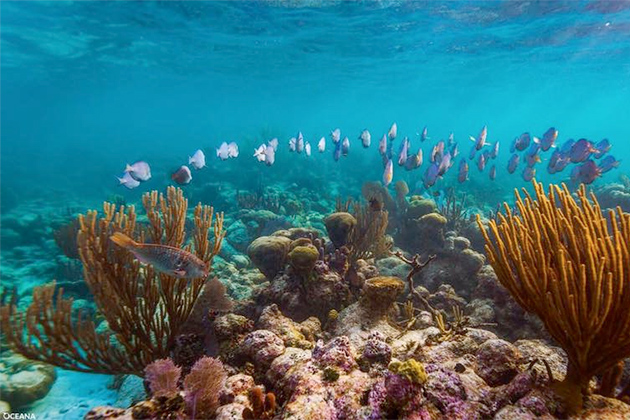 The Belize Barrier Reef is Being Held at Gun Point

Airguns, that’s what they call them! Our government is putting them in our waters without asking us Belizeans if it is okay. Airguns blast shock waves through the water that are powerful enough to penetrate the seafloor. For dolphins and whales, it can cause deafness, disturbs communication, and disrupts migration patterns.

The Belize Coalition to Save Our Natural Heritage strongly support the non use of seismic exploration. In a press release the organization stated that on Wednesday, October 12, 2016, the environmental community exposed the fact that seismic testing has been approved for offshore Belize; and more disturbingly that the survey would proceed without even the benefit of an Environmental Impact Assessment.

The environmental community immediately asked the Cabinet to stay its decision to approve the seismic survey pending the submission of additional material and information regarding the impacts of seismic to marine environments and associated industries such as fishing and tourism.

On Monday, October 17, 2016, the company contracted to conduct this survey released a national statement with details of the work to be conducted in Belizean waters. “We are pleased to announce that the company will acquire a long-offset surgery in Belize, starting mid-October 2016,” says a statement from Seabird Exploration. “Seabird will use the Northern Explorer to acquire the survey and the anticipated duration of the program i three to four weeks.”

Just in case there were any doubts that this survey is a slippery slope towards an offshore oil industry, Seabird describes itself as, “a global provider of marine acquisition for 2D/3D and 4D seismic data and associated products and serves to the oil and gas industry.”

The Belize Coalition to Save Our Natural Heritage considers the lack of public disclosure regarding an activity that will cause inevitable impact to Belize’s shared marine resources an irresponsible omission and a gross disrespect to the more than 190,000 Belizeans who economically depend on coastal and marine environments. This situation also begs the following questions:

The Belize Coalition to Save our Natural Heritage is repeating its call to Cabinet to stay the decision to allow seismic testing in Belizean waters and reiterates that to allow such a survey to be done without and Environmental Impact Assessment would be an act of misfeasance. Furthermore, the Coalition calls on the Government of Belize to meaningfully engage the Belizean people and important stakeholders within the fishing and tourism industry on the issue of offshore oil instead of proceeding headlong into a high risk industry without the benefit of consultations and a clear plan.

After much pressure from the Coalition and the environmental community, the Government of Belize issued the following press release today, Tuesday, October 18, explaining its decision to approve seismic testing:

“The Ministry of Economic Development and Petroleum hereby informs the public that pursuant to the Petroleum Act the Government of Belize, through the Ministry of Economic Development and Petroleum and the Geology and Petroleum Department, will be conducting a regional seismic survey in the deep offshore territory of Belize east of the barrier reef and in the Exclusive Economic Zone (EEZ), excluding all marine protected areas as well as all areas banned from petroleum exploration which includes the barrier reef, the atolls and all World Heritage Sites with a 1 kilometer buffer around all these areas. The survey will be done in deep water only and away from any major tourist activity, fishing areas or spawning sites.” 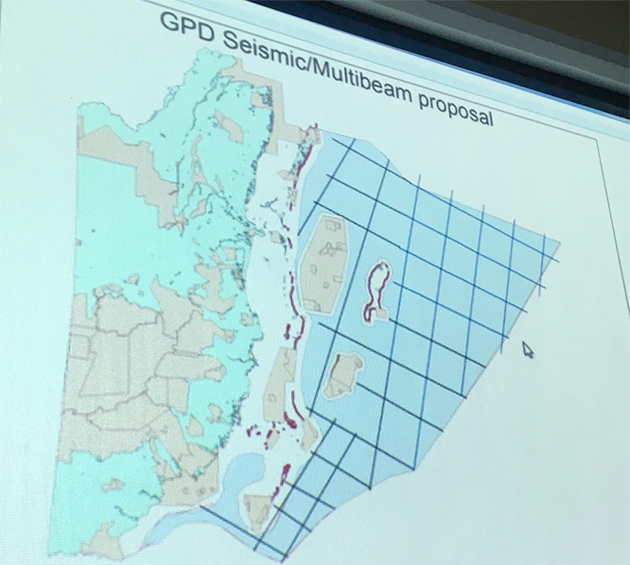 The press release stated that the survey is part of a larger regional geophysical survey currently being done by the United States Government and the Mexican Government in the US Gulf of Mexico, the Mexican Gulf of Mexico and east of the Yucatan Peninsula to gather new regional data to advance the knowledge of the geology and hydrocarbon systems of these geological provinces. Belize was invited to participate in this regional program and take advantage of the opportunity to acquire invaluable geological data over the deep waters of Belize where there is currently no data. Belize has taken the decision to participate in this regional program with the US and Mexico.

The GOB press release explains the process: “A marine seismic survey is done using a seismic ship that will navigate along survey lines and acquire seismic data along the lines using an acoustic source, that focuses sound downwards, and hydrophones. The acoustic source will be towed behind the ship and will release acoustic waves at intervals along the seismic lines that will travel down in the water and into the rocks below the seafloor scanning them and return to the surface of the sea by reflection. The reflections will be received by the hydrophones that will be trailing behind the ship and the data will be sent to the ship along the hydrophones. This process will be repeated along each seismic line. There are 22 planned lines in the survey. The data produced will give a regional picture of the geology below the sea floor that will help the Government to evaluate the hydrocarbon potential of the deep offshore areas of Belize.”

“Mitigation measures, which are internationally practiced, will be utilized to minimize the disturbance to marine mammals. Every survey run will start with a ramp up procedure or slow start where the level of the acoustic sound will slowly be increased so that if any marine mammals are in the area they can move away before data acquisition commences. There will also be marine mammals observers on board the seismic vessel who will look for marine mammals in the operation zone and if there are sightings the soft start will be delayed or acquisition stopped until they have moved out of the area and then the survey process will be continued.

The survey is expected to commence in the third week of October 2016 and is expected to take 3 weeks to complete. All data acquired will be the property of the Government of Belize.”

Any person who would like more information on the survey can contact Andre Cho, Director of the Geology and Petroleum Department at Market Square, Belmopan City or at telephone 802-2178.

The Coalition keeps strong its stance that such surveys have been shown to impact negatively catch rates for fishers, especially during testing periods. What could possibly be worth risking our marine life? What could justify robbing 190,000 Belizeans of their livelihoods? Is oil actually worth dead fish in a dead sea in a country robbed of it's most precious resources?

Educate yourself. Learn more about the dangers of seismic survey
http://www.dmac-diving.org/guidance/DMAC12.pdf

Join Belize to Take a Stand. If oil isn't worth it to you... let the Prime Minister know.
https://makeyourmark.panda.org/belize 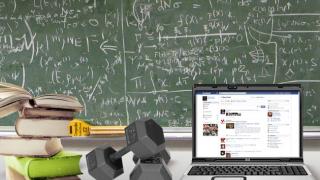 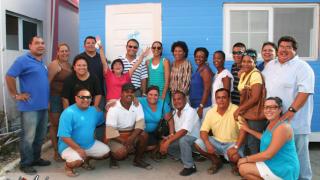 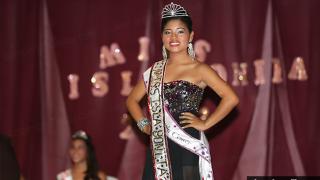