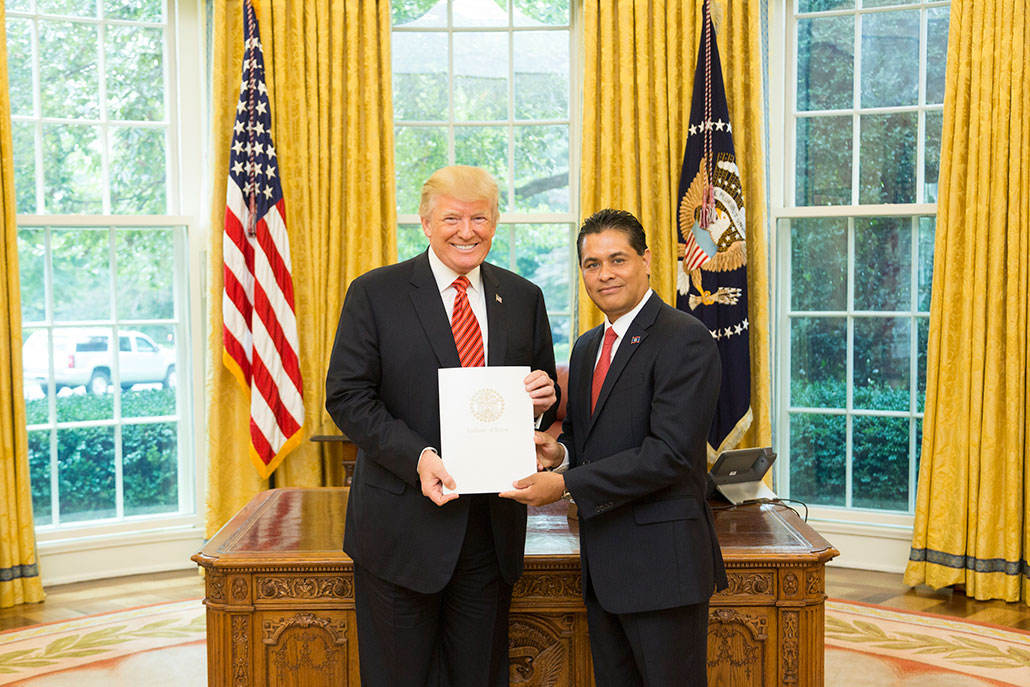 In his remarks to President Trump, Ambassador Gutierez expressed heartfelt greetings from the Prime Minister the Right Honorable Dean Oliver Barrow and the Belizean people. He underscored the friendly, and long-standing bilateral relations existing between both countries.

Ambassador Gutierez applauded the role of the United States in the preservation of peace and the respect for Belize’s borders given the unfounded Guatemalan claim, and President Trump in his remarks underscored that a secure and stable Central America contributes to the safety and prosperity of the United States. Ambassador Gutierez also mentioned the loss of correspondent banking and dangers posed therein.

The Ambassador reiterated that one of the centrepieces of the U.S.-Belize relationship is economic prosperity for both our nations. He placed emphasis on our common goal in the fight against the threat of transnational organized crime, and Belize’s commitment to do its part to prevent the spread of this scourge.

Ambassador Gutierez accentuated Belize’s desire for a continued and broad ranging partnership with the United States - a partnership based on a common foundation of democracy, the free market and the aspiration of all our citizens for a better way of life.

Ambassador Gutierez takes over from H.E. Patrick Andrews, who is now the new Chief Executive Officer of the Ministry of Foreign Affairs of Belize.

H.E. Francisco Daniel Gutierez was accompanied by his wife. 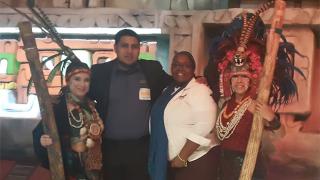 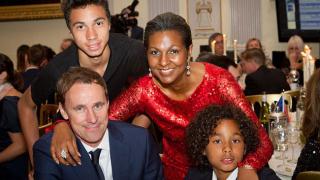 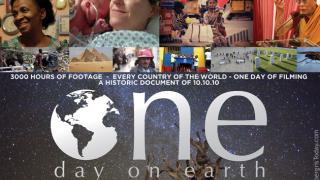 One Day on Earth Global Film experience in San Pedro