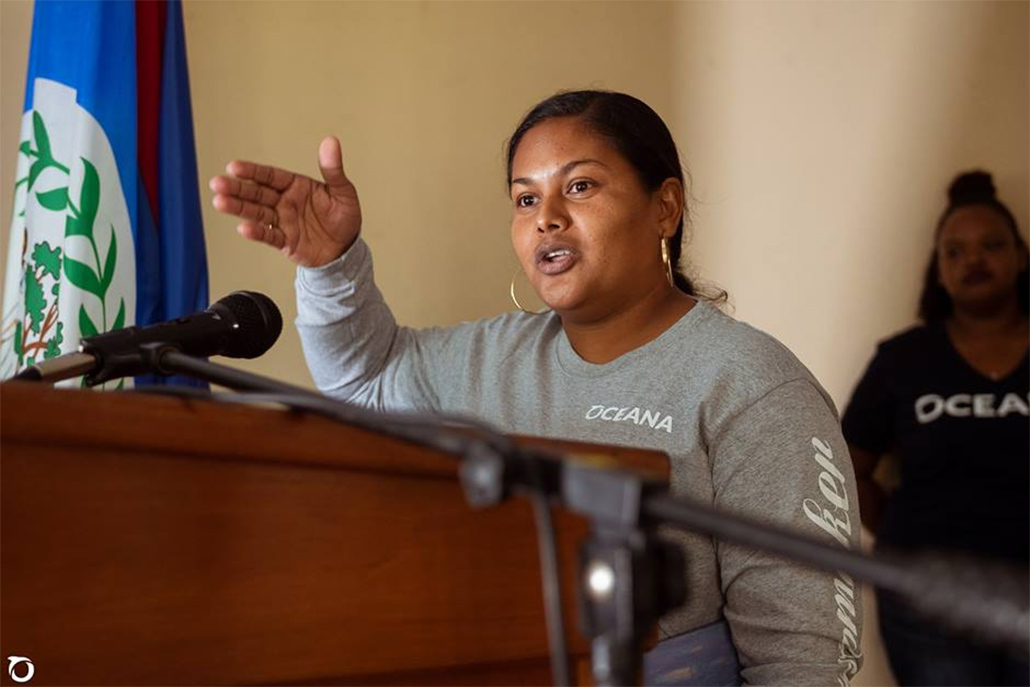 Ms. Abigail Parham is Oceana’s 2018 Wavemaker of the Year

On Saturday October 20th, 2018, Belizeans from across the country came out in waves to the George Price Center in Belmopan to participate in Oceana’s Annual General Meeting (AGM) of its dedicated volunteers, our “Wavemakers”. Over two hundred and fifty Wavemakers from Corozal, Orange Walk, the Belize District, San Pedro, San Ignacio, Belmopan, Dangriga, Hopkins and Toledo attended this year’s event.

During the meeting, several Wavemakers were awarded certificates of appreciation for their sensational above and beyond support for Oceana’s campaigns and initiatives over the past year. Among them were Kariel Slusher from the Belize District; the Department of Youth Services (DYS) and the Health Education and Community Participation Bureau (HECOPAB) from Corozal; the Ocean Academy Wavemakers Club from Caye Caulker; Arren Andrews and Whitney Majano of the Stann Creek District, and the Department of Youth Services (DYS) in Punta Gorda. Oceana was also proud to present a national award when we recognized Ms. Abigail Parham of Stann Creek District as the 2018 Wavemaker of the year.

Ms. Abigail Parham has a degree in Natural Resources Management and a Master’s in Biodiversity Conservation and Sustainable Development. For the last 10 years, Parham has passed on her passion for the environment to her students at Indepence Junior College, emphasizing the importance of natural resources and sustainability. Ms. Parham also makes time to volunteer with several non-governmental organizations including Oceana, Southern Environmental Association and Fragments of Hope. Abigal is is staunch advocate for Belizeans of all ages becoming engaged in citizen science and its effectiveness.

Invited guest speaker was Mr. Gian Vasquez, History Lecturer at St. John’s College Junior College and Facilitator of the Referendum Unit of the Ministry of Foreign Affairs. His presentation focused on the history of Guatemala’s claim to Belize, the implications of either a yes or no vote at the referendum to be held in April 2019 to decide on taking this claim to the International Court of Justice, as well as the current pressures that continue to negatively affect Belize’s natural resources such as deforestation and illegal fishing. Mr. Vasquez’s presentation was followed by engaging dialogue during the question and answer segment. Most importantly, Vasquez stressed the importance of making an informed decision.

Belizean  Wavemakers  are part of  the  more than a  million  Oceana  members that  support  the  protection and restoration of the world’s oceans. 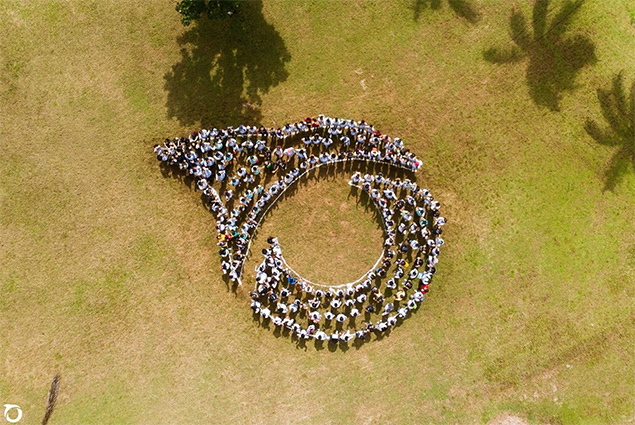 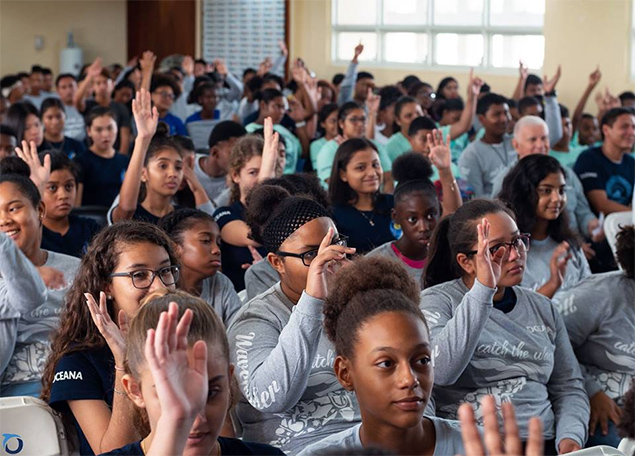 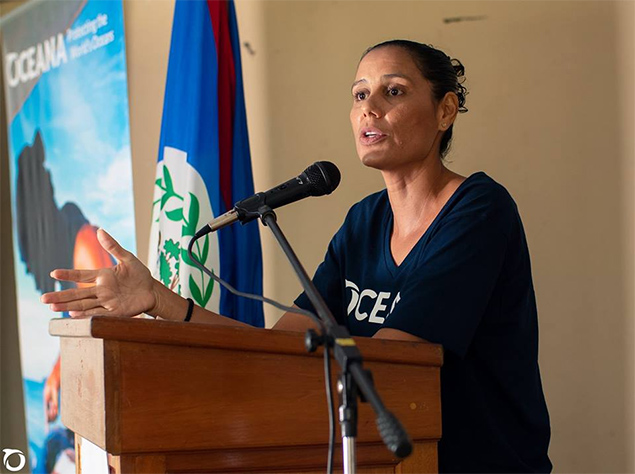 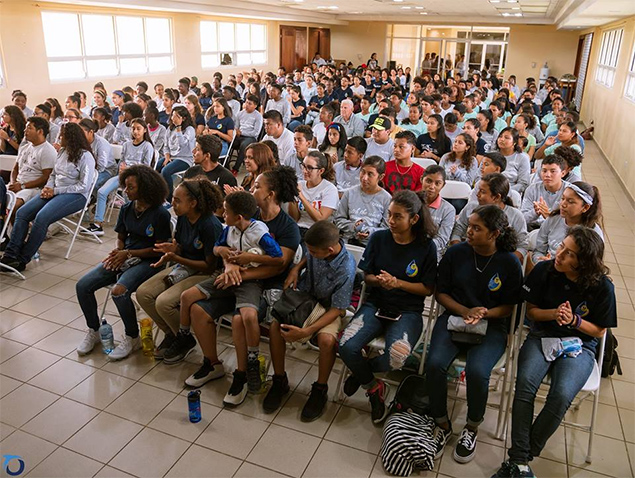 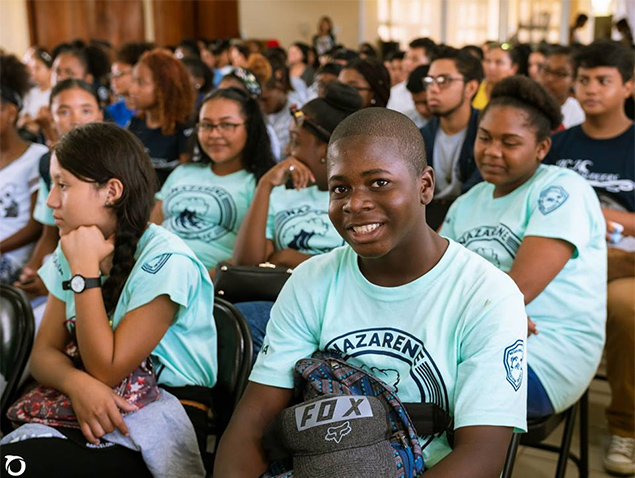 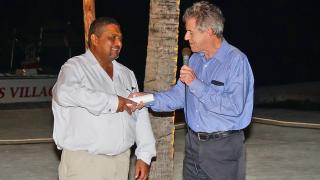 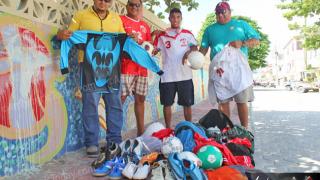 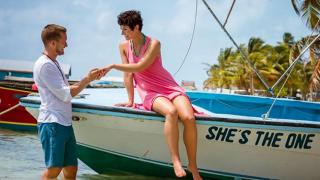 She’s The One – Wedding Engagement in Ambergris Caye