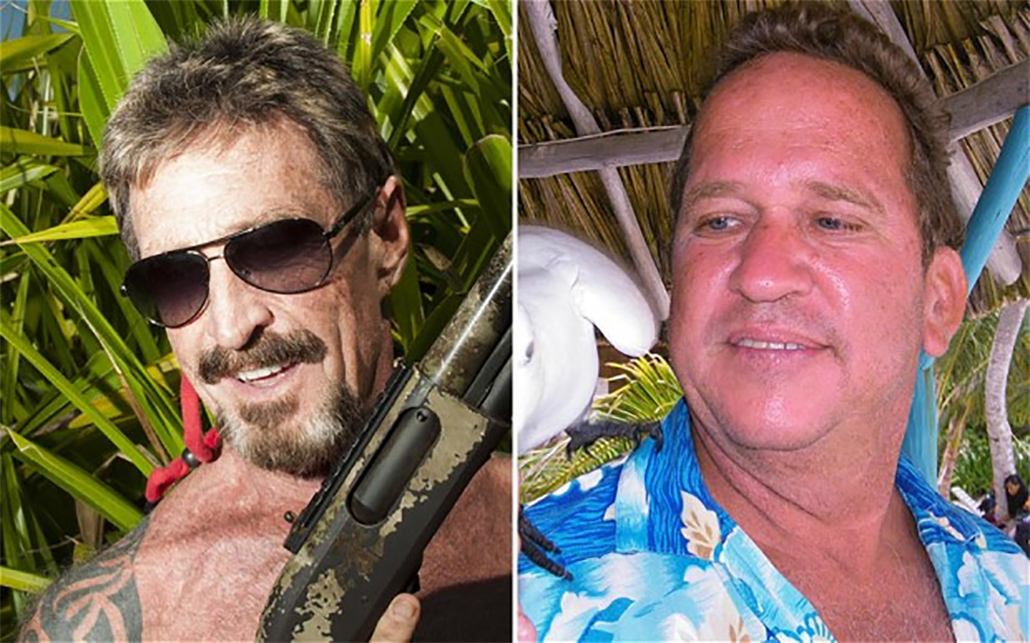 Unpremeditated  Book Release Shines New Light on McAfee Cold Case - November 1, 2018 Minneapolis – As we approach the 6 year anniversary (November 11th) of the murder of security pioneer John McAfee's next door neighbor Gregory Faull, Johnny Depp has signed on to play McAfee in the upcoming major motion picture—while in Belize the case grows as cold as the national beer-Belikin. There hasn't been any significant news in the case in more than two years and the Belize Police Department will not confirm any progress in the investigation.

Author Tony Randgaard (writes for Minnpost, Star and Tribune, Minnesota Connected) wrote the book Unpremeditated: A Murderous Caribbean Travelogue, based on the cold case, during one of his sojourns in Belize. Since the book launched at Senser's Kitchen earlier this summer, Randgaard has presented the story at many Twin Cities libraries.

The book accurately reports the vivid sights and sounds of Belize in 2012: the world's best snorkeling; rain forest zip-lining; and white sand island cays where golf carts offer the primary form of transportation. The actual events surrounding the murder are unfolding in the background while the characters experiencing the drama and romance—are fictional. The book comes to its own conclusions about the murder mystery.

"I was in Belize many times during that surreal and chaotic period. I think the novel is important because it captures the magic of that 2012 San Pedro, one that today is inexorably becoming bigger and more commercial. More importantly,it is very sad that Mr. Faull was a well- liked neighbor and friend who was gunned down- and there has not been justice for his family. Given the lack of progress, I think it is very important to maintain a spot light on the case", said Tony Randgaard.

The E-book version of Unpremeditated is available now at Amazon ($2.99). Please feel free to contact me for more information at: Trandga1@aol.com 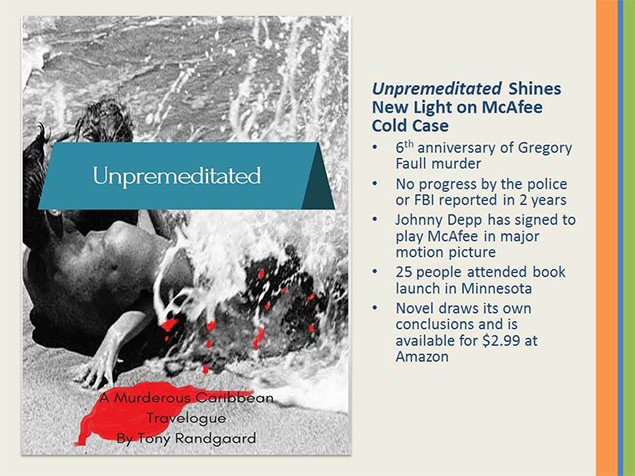 Retired after more than 20 years in marketing with United and Northwest Airlines, Tony has been published by the Pulitzer Prize-winning Star and Tribune, Minnesota Monthly, MinnPost, Minnesota Connected, Air Cargo News, The Forward, CNS Air Cargo Focus and the TC Daily Planet. As a result, he is a regular guest on the CBS-Entercom Radio 'Jordana Green Show' in the Midwest. He has won a Silver Addy award in Advertising and launched United Cargo's Friendly Skies ad campaign in 2014. 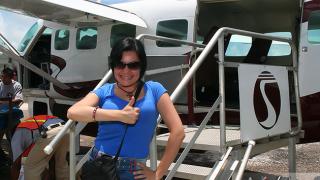 Another Naca Arrives in Town 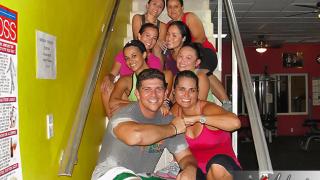 How I Got My Butt Kicked by Seven Tough Ladies 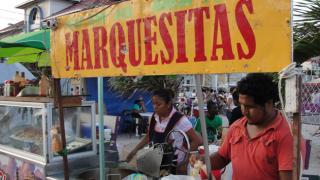