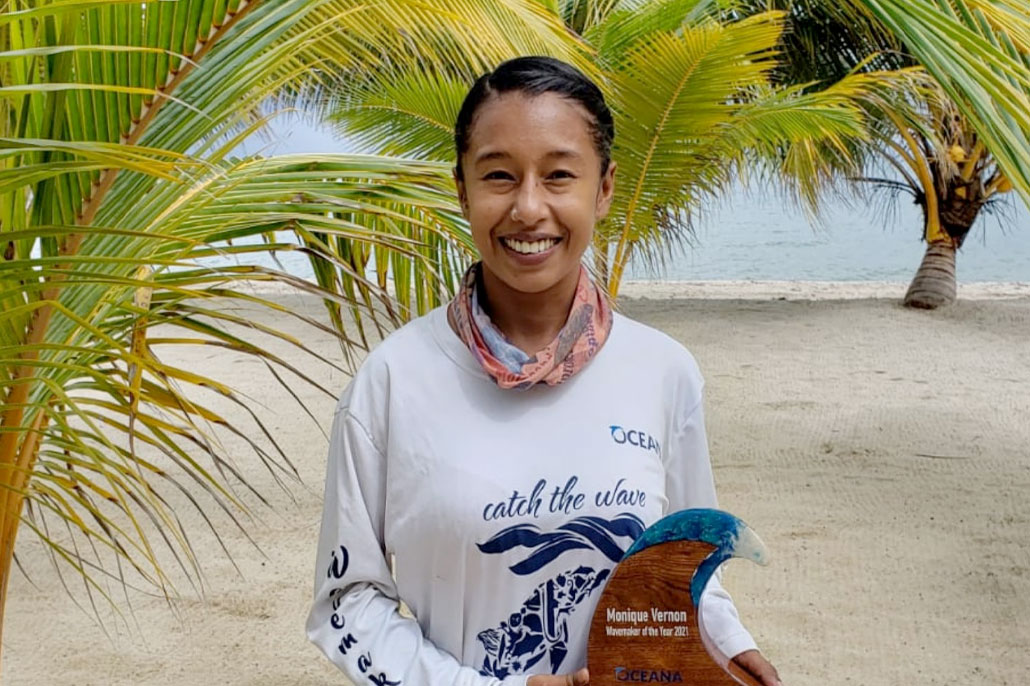 Monique Vernon of Placencia honored as Oceana’s 2021 National Wavemaker of the Year - On Thursday, October 28th, supporters from across the globe tuned in as Oceana hosted its 2021 Annual General Meeting on Facebook live for its dedicated members, better known as ‘Wavemakers’. During the virtual event, many Wavemakers were recognized for their sensational support for Oceana’s campaigns and initiatives over the past year. This year’s awardees were Nathalya Marin from Corozal; Orange Walk’s Eco Hearts Club; the Nazarene High School Environmental Club from Belize City; the Interact Club of Sacret Heart College in Cayo; the Stann Creek BTIA Youth Arm and Desmaure Arnold from Toledo. Oceana also proudly recognized Monique Vernon as the 2021 National Wavemaker of the Year. 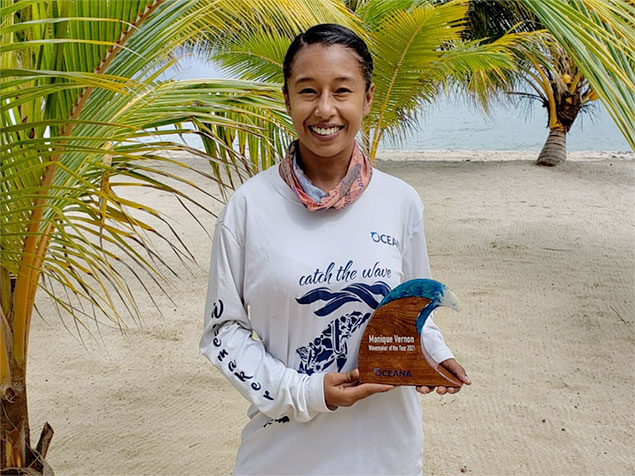 Based in Placencia, Monique Vernon has worked for years across various areas of conservation, tackling environmental pollution and promoting environmental education and awareness. Most recently, Monique founded Mr. Goby & Friends, where receptacles in the shape of marine organisms have been installed on the beaches throughout Placencia to promote plastic collection for recycling. Vernon’s work seeks to not only encourage proper litter disposal, but also provide an educational tool to inspire environmental change in kids, youths and adults. In addition, she often spearheads beach cleanups within her community, even kayaking to nearby cayes to cleanup with groups she invites to join her. Monique’s work throughout the years has shown that even one individual can find ways to positively impact their community.

This year’s guest speaker was Elito Arceo, President of the Ambergris Caye Association for Concerned Citizens. Arceo, who comes from a family of sea lovers and community activists. He spoke of his dedication to the environment since a young age and how he shares that love now with his own children and the community of San Pedro. During his segment, he recounted his involvement in the offshore oil referendum and how that day brought together their community, proving that when we come together, we can make a difference. Elito encouraged the new generation to not be afraid to stand up and speak up. He ended with some words of advice, stating, “Whatever it is, make sure to get involved”.

Oceana Belize is fortunate to have a tight-knit community of Wavemakers countrywide who are ready and willing to speak up for our precious marine environment. Belizean supporters are part of the more than a million global Oceana Wavemakers that support the protection and restoration of the world’s oceans.

Entertainment was provided by local musicians, Kylon Eiley and Kirwin Ramirez. The National Wavemaker award was made by local artist, Aesha Garel of Zest Handcrafted.
To see the full event, please click here. 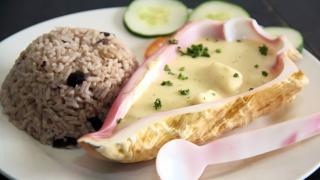 Did You Know that Conch Season Can Be Closed Early? 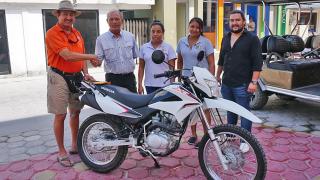 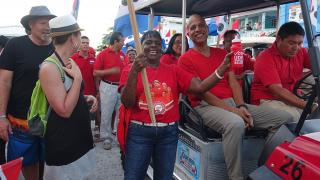