Behind the Scenes of the First Airstrip

Celi Mac, actually Celi Nunez, and I had a wonderful conversation just last week as we waited in the Honorable Minister Heredia’s office. And of course conversation was centered about many topics of our “Old San Pedro”

We were downstairs of the Town Hall in a room that used to be a classroom of San Pedro High in the 70’s. You will recall that San Pedro High commenced operation at the Community Center, now Town Hall. I mentioned that we used to eat sand every time the students upstairs got up and pounded on the floor. We had to tap the floor so they would behave. And then the topic of the Airstrip came up. We recalled that when John Greif I got government to acquire the land from Jim Blake, John used to pay the San Pedranos 5 dollars to cut down one coconut tree. This was good money and an easy task for the expert “machete man”.

The Government did not need an airstrip so it had little interest at the time, but John had an interest, and I will tell you why. First of all John Greif was in the initial stages of building Holiday Hotel, and for that a short runway was necessary. He could foresee that tourists would need comfort to fly to the island. And remember, folks, that John was a pilot not a boatman.

Another reason why John was very desirous of an airstrip was that he used to fly a small seaplane and every time the battery would run low, he had to crank start the engine by manually spinning the propeller while someone inside turned on the ignition. When the engine started, the plane was in drive mode and it started going in circles in the lagoon. John had to dive into the lagoon and swim to the plane and get into the plane by climbing unto one of the planes boats or flotation devices. Have you ever seen someone hand crank a plane’s engine? It is interesting, but not so for John Greif who was tired of swimming in the lagoon. Readers ought to recall that there were outdoor public toilets all along the edge of the lagoon and no one dared swim in that lagoon. So we understand John’s need for a decent landing field, right?

Even after the short 900-foot strip was put into use, John had his difficulties. He had to be extra precise in touchdown because there were tall coconut trees at both ends and even the sides. So John became an expert by necessity. It was said he could land a small plane on a billiard table. Windy days were especially difficult and we got a lot of those on the Island. Then a small canvas plane flipped over right on the side by Maya’s Office today, and people became afraid of flying. Then he was hijacked to Cuba. That was a saga in his life, but he became sort of a national hero.

There is a lot to talk about John’s passion for flying and his contributions to the San Pedro Airstrip, aviation and indeed tourism. With this in mind both Celi and I suggested to the Minister of Tourism and Civil Aviation that the San Pedro airstrip should be named the John Greif Airstrip. The Minister was excited and pleased, and though he did not say so outright, that is a distinct possibility because Minister Heredia easily goes back twenty five years ago and knows the history of our San Pedro Airstrip. 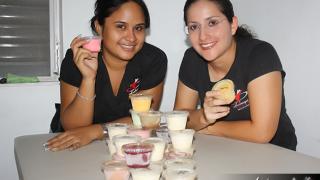 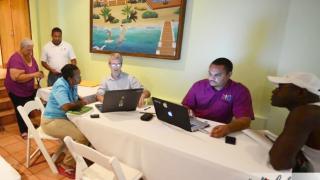 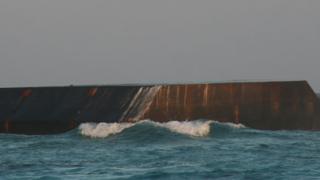