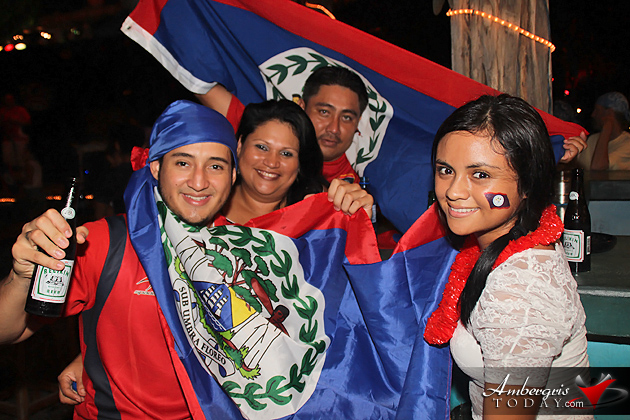 Belize to the Bone, A Beautiful Show of Patriotism

I could not have felt any prouder of my country on Tuesday, July 9, 2013- its people. Witnessing all the patriotism and HEART that Belizeans showed for their country was inspirational. I saw as my hometown raise their Belizean flags and decorate their homes, Central Park and tons of  vehicles  were bright with the red, white and blue colors of the Belizean flag. It felt like we were fast forwarding to our September/Independence celebrations.

All with good reason! This has never happened before; the Belize National Football Team (Jaguars) placed fourth in the Central American Cup and made its way to the Gold Cup in Portland, Oregon to play against the mighty USA on Tuesday, July 9, 2013. This is a historical event for our tiny third world nation, maybe not a big deal for other nations but surely for us Belizeans.

The entire nation prepared for the match and started flooding the social media with positive messages and images that showed how proud they were of Belize and the Jaguars. The national football team does not have a budget, paid coach, money or full time players. It is only inspirational to see how the players juggle their little training they are able to get and their personal lives. 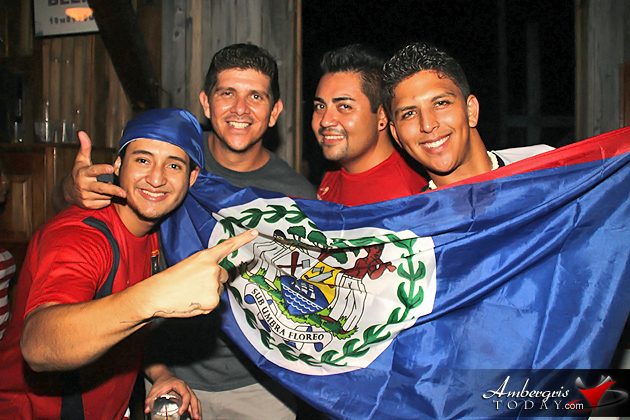 With friends celebrating Belizean Patriotism after the Gold Cup Game 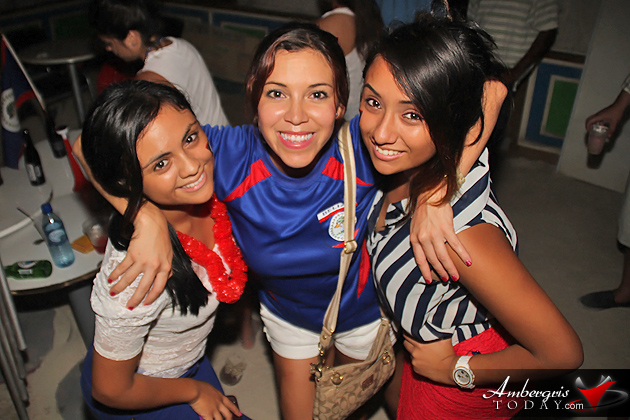 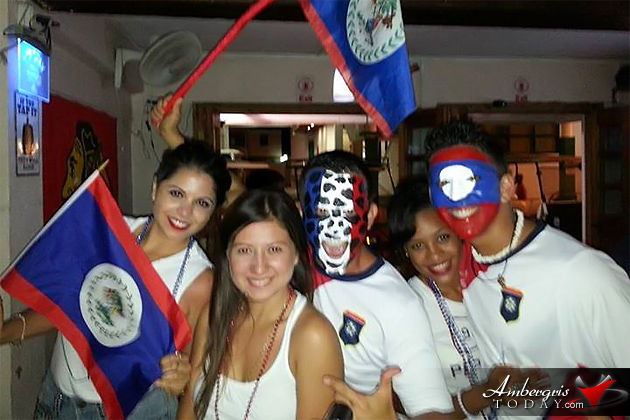 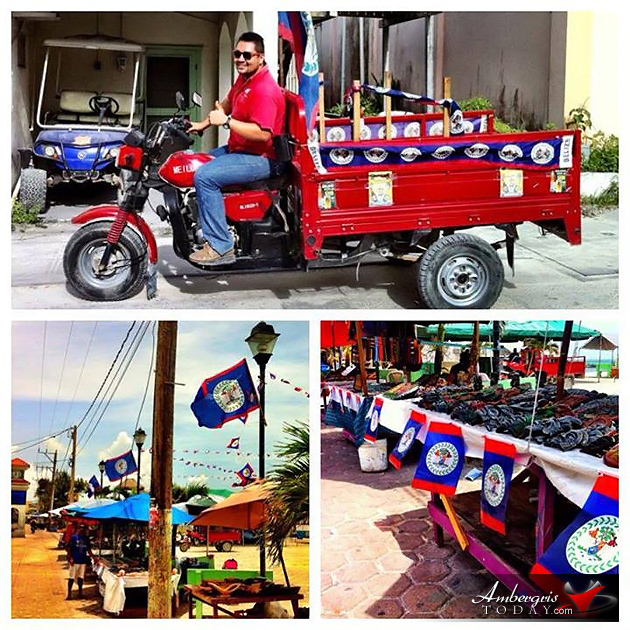 San Pedro gets into the Belizean spirit and decorates to celebrate

The Jaguars are ranked 130th in the world; it is not much but good enough for us. Not to sound negative, but I believe that most Belizeans were not expecting a huge win at last night’s game, but were more excited to see their home boys playing and representing Belize. We know how much obstacles our country and sports teams have in order for them to prevail in their fields.

Yes we had to conduct a telethon and BBQ cook offs to raise funds to send the team to the Gold Cup; and we managed to contribute as much as we could to make it happen. Listening to how game commentators and online articles made fun of our team and mocked our country was sad to see. It was certainly not disheartening, though. Our third world country is not rich and we did not grow up with a silver spoon feeding us and having other countries talk so low was shameful on their part.

I guess this only makes us appreciate more of what we have and strengthens our love for each other and country. Proud I am of being Belizean. So below I have finished my editorial blog with quotes from Belizean and non-Belizean friends who have expressed my exact sentiments. What better way than to express what I feel than showing how others feel the same way I do? Here it goes: 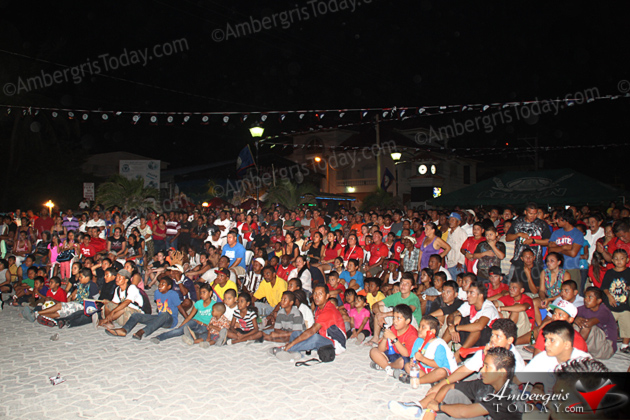 If you're Facebook posts didn't have to do about our football team playing against the USA last night it simply means you are not a proud Belizean…because, mein, this was a big deal. And even though the commentators had a lot to say about our team, I still feel proud because they do not know how hard our boys had to work to reach so far. (My Suga City)

Our team did not win but they played their hearts and souls for our country. They have reached so far and we are extremely proud of them. That goal last night meant so much to Belizeans all over, we scored against the Almighty USA! Let's not lose hope in our boys they have come a long way and being there required a lot of courage and they played with their hearts. (Smart Belize)

Can you believe that all our players have full time jobs and get paid $250 per game they play internationally yet they managed to score at least one goal? That goal alone should be reason enough for our Government to finally stand up and show their support for our team and give them a nice check for their effort. I am sure we got many people interested in our little country thanks to the mighty Belizean Jaguars!!! (Monica Prevett)

What defines the BELIZE JAGUARS is how they rise after falling. Our boys have the passion and the love for the game. I hope the Government takes heeds, and start to properly invest in Belize's sporting programs. Carry on Belize Jaguars! It's only the beginning! (Kenny Jacobs)

We got nothing but pride for our Team Belize, who do this sport for the pleasure and love of the game and the country. We went up a big team whose players get paid all year round to do this. DAMN I want to cry just thinking how proud I am of the team Belize. Next game will be awesome. (Terri Aldana)

If we had to sell BBQ, Fundraise and ask for donations so be it. Americans will never comprehend that doing all this made us better, made us unite as a nation and made us more patriotic. If we have to sell rice and beans, tacos, seaweed, ice, tamales and more BBQ we will as long as our boys are representing us on the international stage - This is what Belizeans do we know how to represent. So to the commentators I say you haven't tried any of our BBQ, rice & beans, etc, because if you did you wouldn't be low rating us. GO Belize, Go Jaguars!!!! Belize one country one People!!!!!! (Belize Football Federation)

Everything is not lost we have two more games to go Belize - Costa Rica on Saturday and Cuba on Tuesday. Belize got its first GOAL at the CONCACAF Gold Cup!

I am Belize; You are Belize; We all are Belize to the Bone! 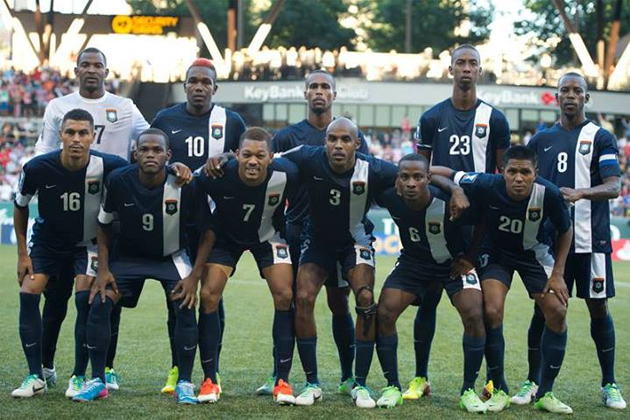 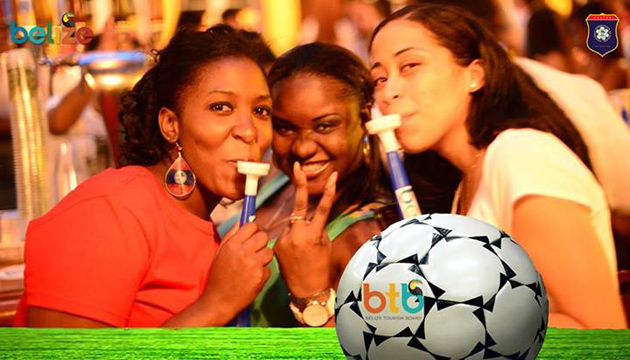 Belize City folk celebrate along with the country 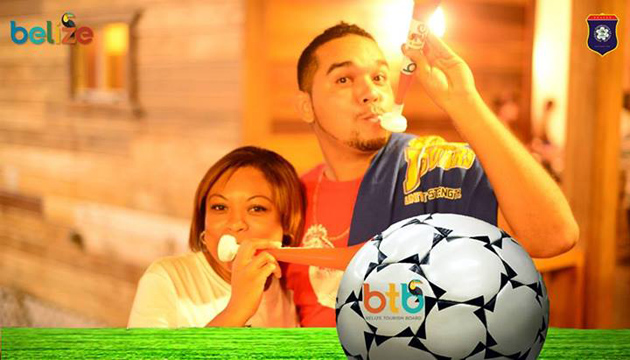 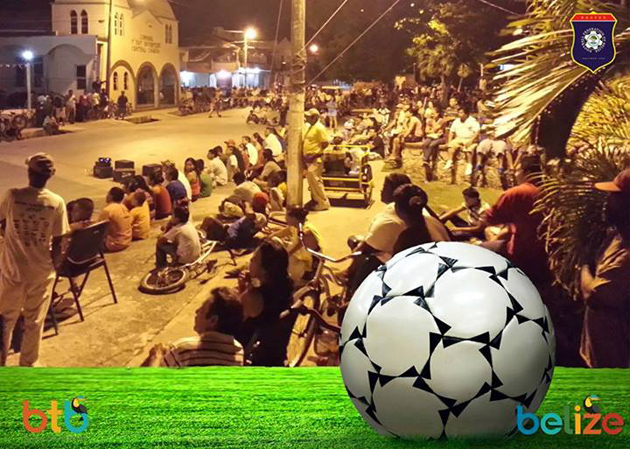 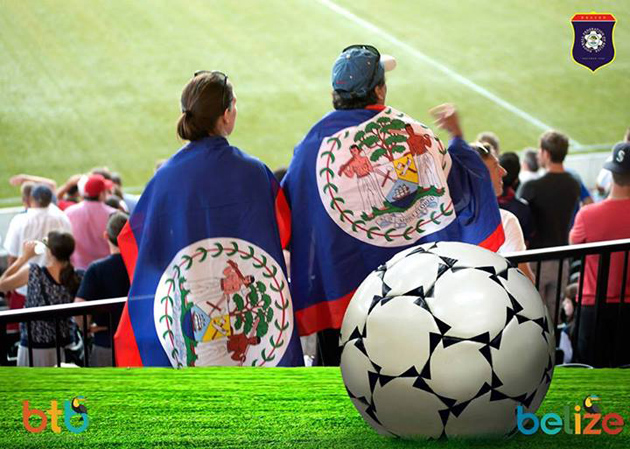 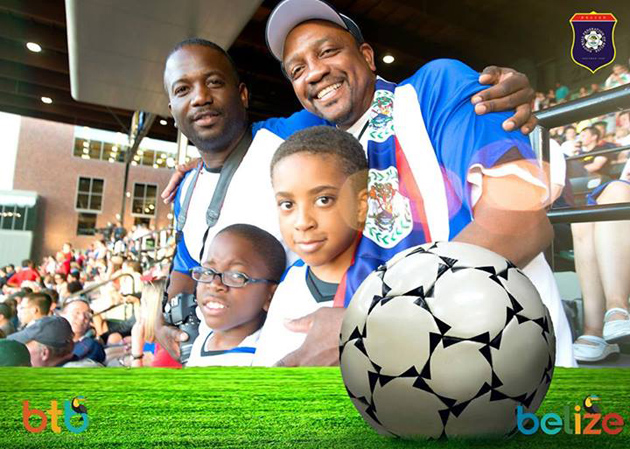 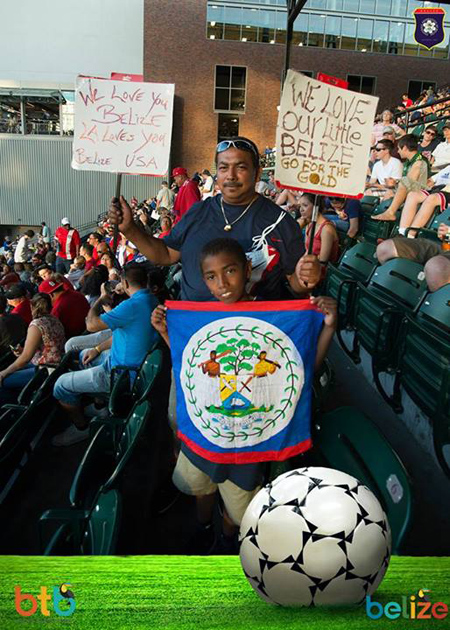 Preventing Sexual Exploitation of Children and Adolescents in Tourism 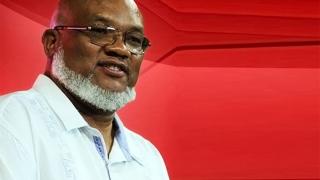